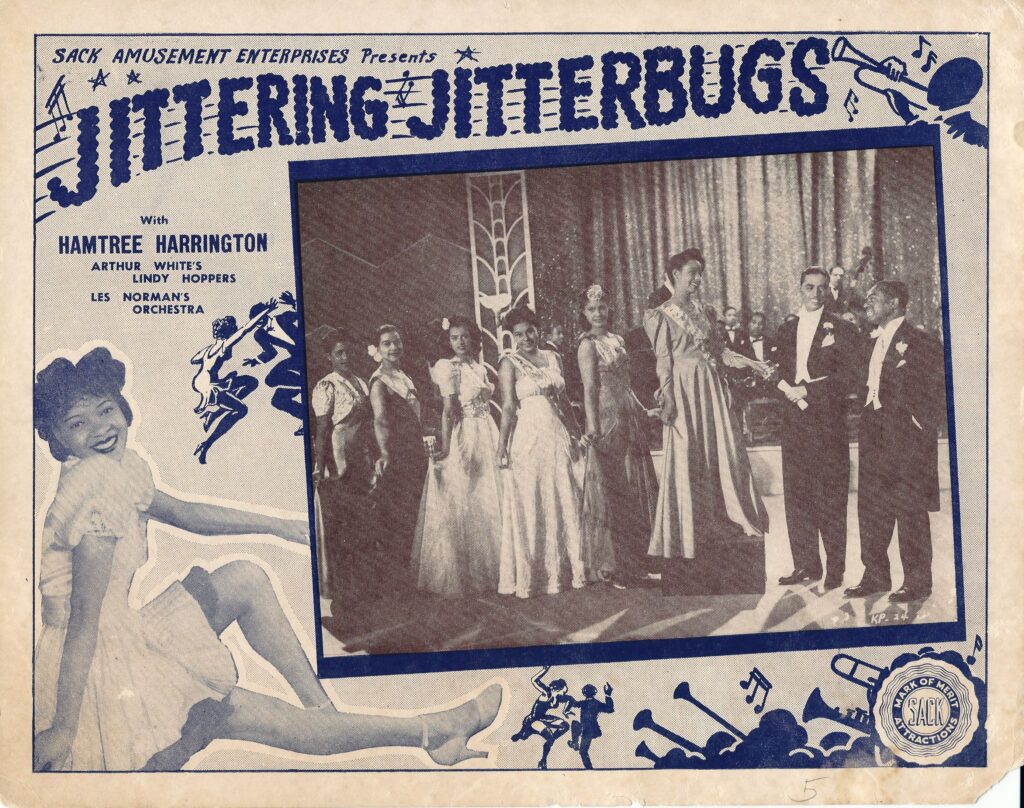 [Dallas: Sack Attractions, 1943]. Vintage original 11 x 14″ (28 x 36 cm.) lobby card, the card appears at one time to have been mounted in an album, and there are glue stains on the verso, most of which do not show through with a smudge on lower right and a little chipping and other signs of light use, VERY GOOD-.

Dallas-based Sack was a major producer and distributor of independent African American films in the period before, during, and after World War II. In 1939, an African American boxing drama, KEEP PUNCHING, was released. This short film contains musical numbers from it (and very likely unused footage as well). This card is for one of this film’s rather elaborate numbers. Vintage paper from both this film and its 1939 antecedent are exceedingly scarce.