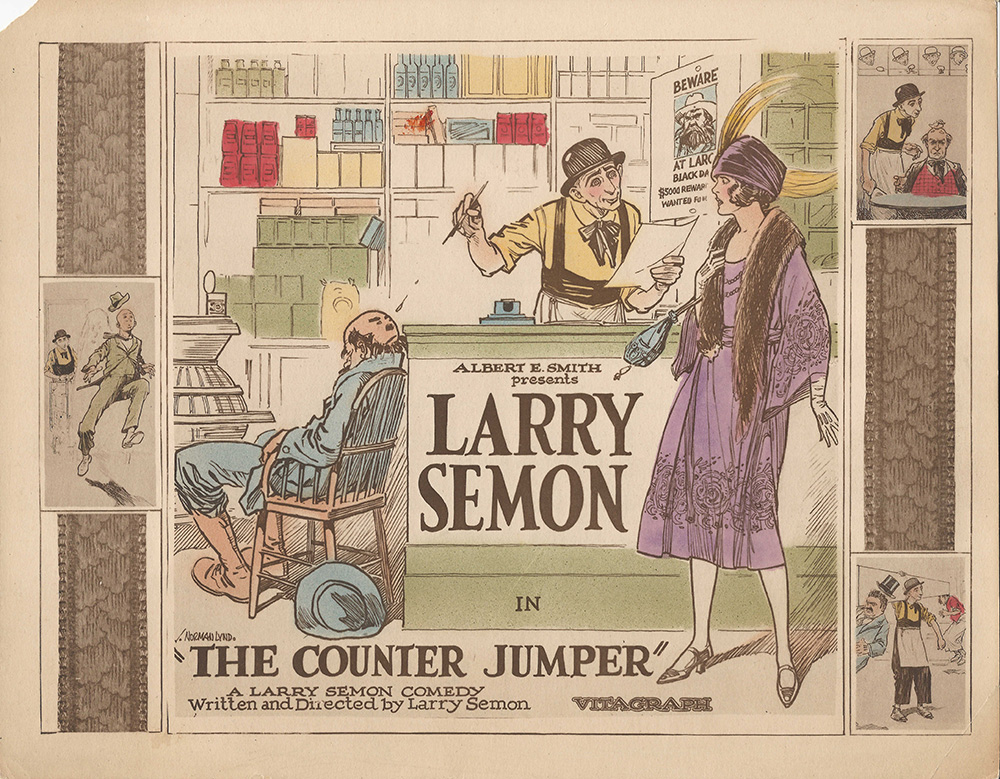 Vintage original 11 x 14” (28 x 35 cm.) lobby card, USA. Larry Semon, Lucille Carlisle, Oliver Hardy, dir: Larry Semon; Larry Semon Productions. This rare silent short comedy is available in a truncated version only, without titles. Produced and directed by Semon, he plays the lowliest of store employees who takes on role of hero when he goes after the villainous robber who has stolen the leading ladies .necklace. The villain is none other than Oliver Hardy. Hardy and Semon would work together on several shorts and even on a feature version of THE WIZARD OF OZ in 1925, J.Norman Lynd created the whimsical art for this card. The cartoonish atmosphere of Semon’s work is adeptly captured by the artist. Hardy can be seen at in the small image at the bottom right. The top left corner is chipped off and the bottom right corner is creased. NEAR FINE.