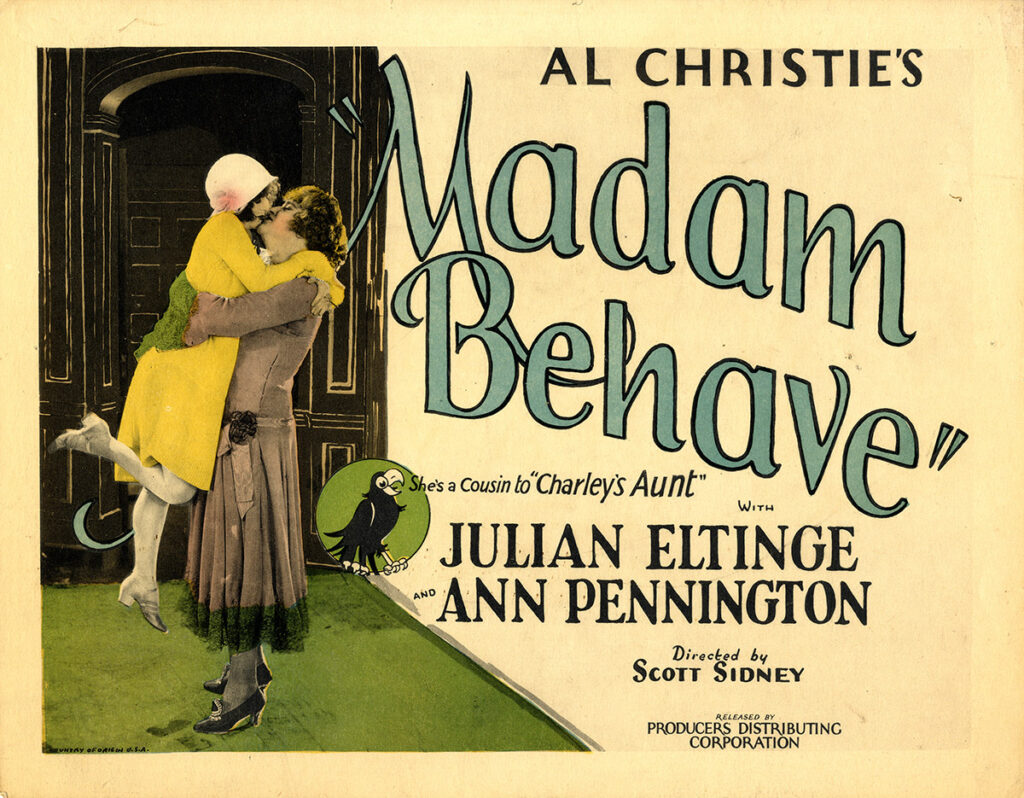 Julian Eltinge was, for his generation, the most esteemed of what were then referred to as “female impersonators”. As a drag performer, he experienced great success on Broadway, and he even had a theater in Times Square, built in 1912, named after him. Most of his films are lost, but the Library of Congress owns an incomplete copy. In the film Eltinge, in order to help a friend in a lawsuit, disguises himself as the mysterious “Madame Brown”, a key missing witness in his friend’s lawsuit.

This extremely scarce lobby card shows Eltinge on the right holding up the heroine.