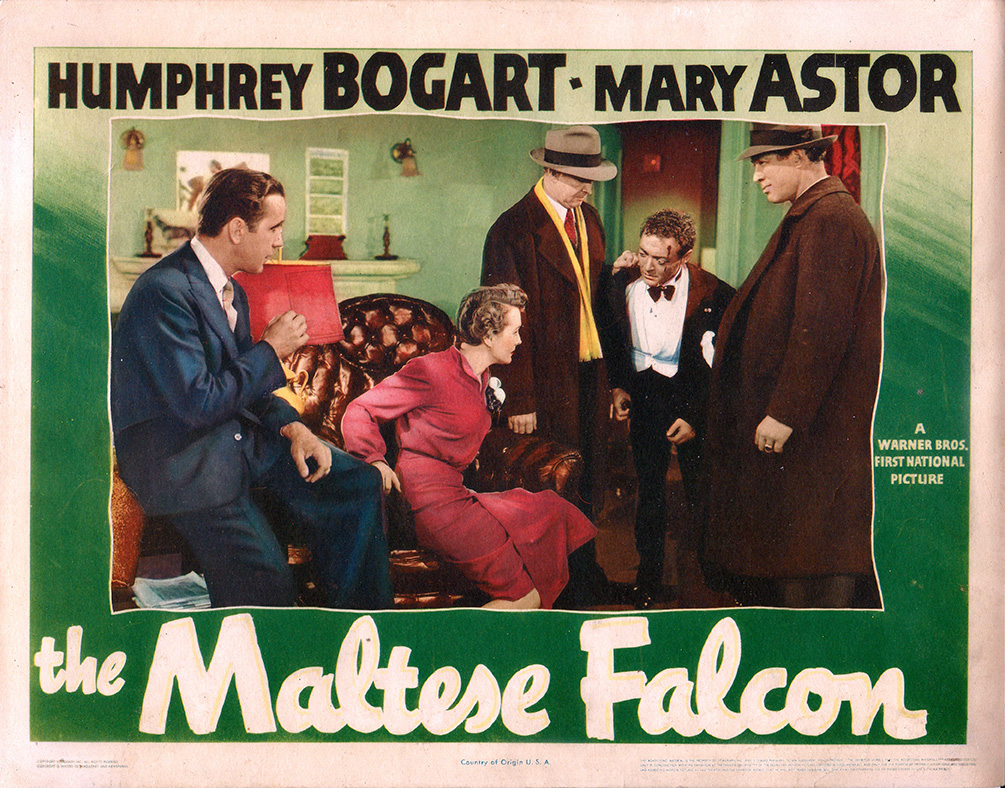 Mary Astor presented one of the finest layered performances of any noir film when she portrayed Brigid O’Shaughnessy, the woman who appeared at first to Sam Spade (Bogart) as a lady in distress surrounded by dangerous men, all hoping to gain access to a desirable bird. But Brigid has quite the agenda herself in true noir femme fatale fashion could fend for herself.

There were Academy Award nominations for Greenstreet as supporting actor, Huston for writing and for best picture.

This image captures the tension built amongst the characters as they fight over the mysterious bird in the film’s climatic near-end scene.  Card has been professionally cleaned with minor professional conservation addressing a few pinholes, edge tears, and corner creases. ABOUT FINE.