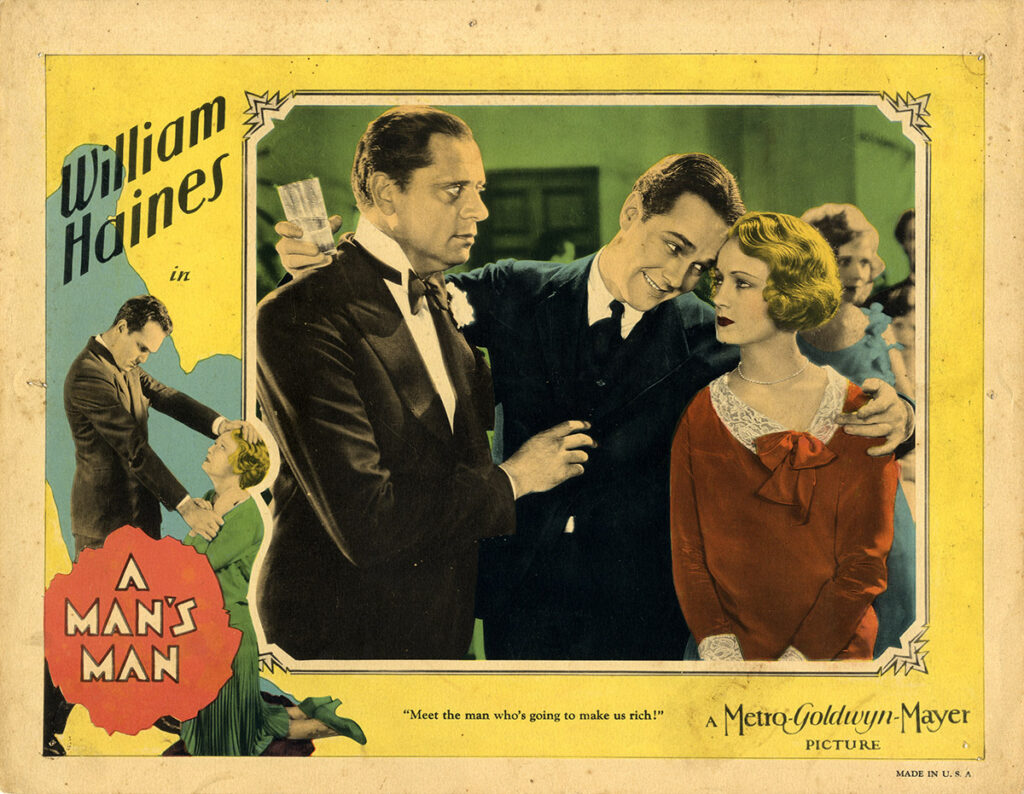 However, as he came under increasing pressure to enter into a studio-arranged fake “lavender” marriage, to dispel knowledge of his homosexuality, he refused — and MGM in time canceled his contract. Haines had a successful afterlife as an interior decorator. He remains an icon in Hollywood LGBTQ history.

A MAN’S MAN is a lost silent comedy set in Hollywood starring Haines with Josephine Dunn and Sam Hardy.