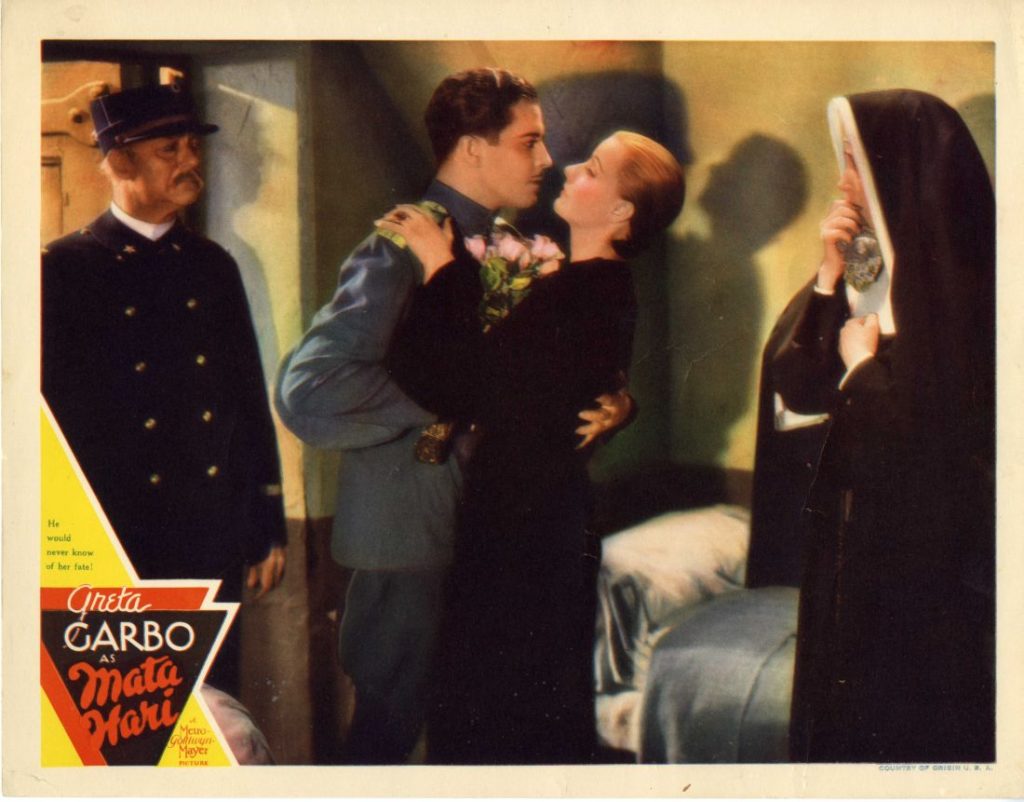 One of the finest and most legendary of the Greta Garbo films. Today, just the images of Garbo in her role of the infamous German spy who ended up in front of a firing squad for her work are iconic. Even in the less restrictive pre-Code days, censors demanded cuts in the script and even in the finished film. Stills of Garbo in a see-through gown exist, yet the scene is no longer in the film. So popular was the film and Garbo — particularly in the foreign markets — that MGM attempted to re-release the film in 1936, but was not given approval; they had to wait three years before the Hays Office would approve the re-release, in 1939.

In this scene card “He would never know of her fate”, Mata Hari has a last goodbye with her lover Alexis (Ramon Navarro) before she goes out to face the firing squad.