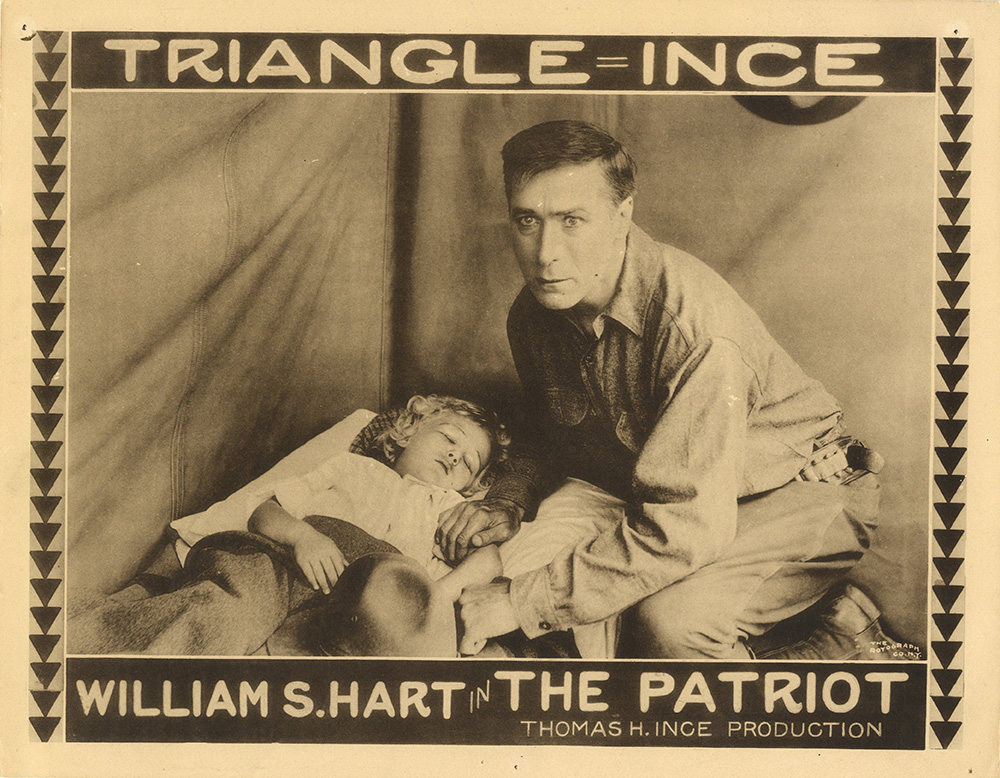 www.afi.com: “Bob Wiley, a widowed Spanish-American War veteran, finally strikes it rich while mining for gold, but an unscrupulous government agent takes the claim away from him. Then Bob leaves his young son, Little Bobs, in charge of things, and goes to Washington to fight for his land. When he returns, having had no success, he discovers that Little Bobs has died of fever, and so Bob, suddenly hardened, vows vengeance on a government that has robbed him of his gold, and, at least indirectly, has caused his son’s death. Bob joins a gang of Mexican guerillas and makes plans for a raid on a border town. When the gang reaches the town, however, Bob sees Billy Allen, a young orphan who resembles Little Bobs, and quickly comes to his senses. He helps the townspeople fight off the guerillas, and afterward adopts the boy who reminds him so strongly of his dead son.”[

Hart here in a pivotal scene with his young son, who has apparently just died.