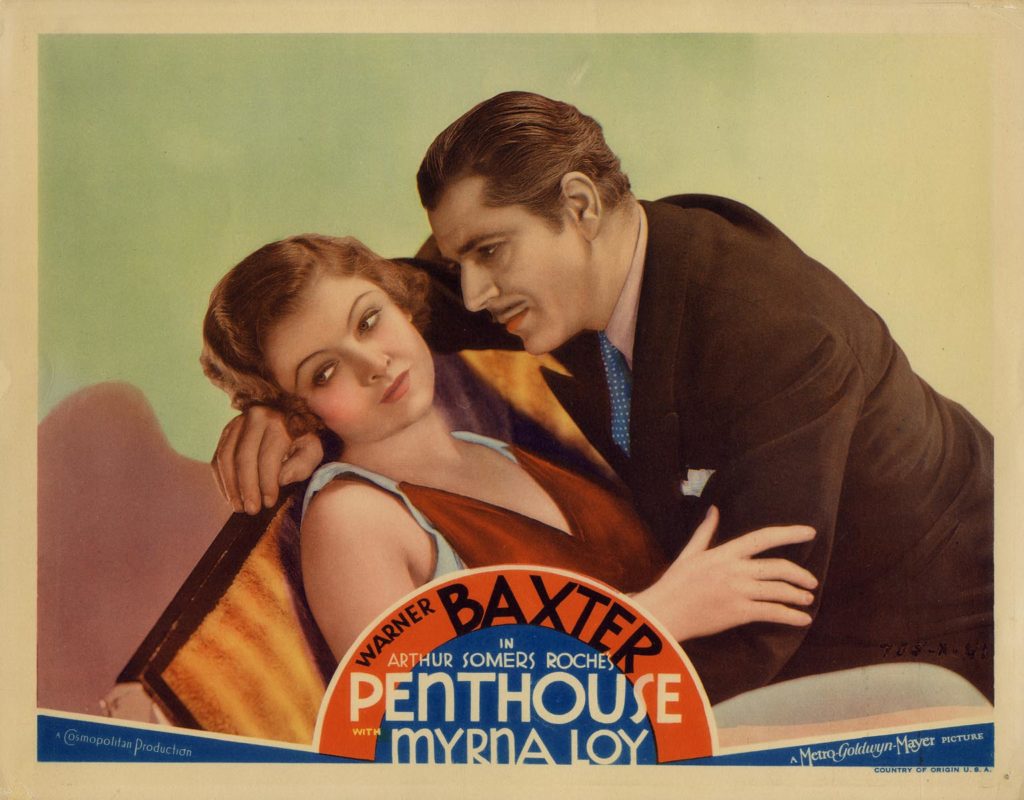 Vintage original 11 x 14″ (28 x 35 cm.) lobby card, USA. Warner Baxter, Myrna Loy, Charles Butterworth, Mae Clarke, Phillips Holmes, C. Henry Gordon, dir: W.S. Van Dyke; MGM. Art Deco opulence in the MGM/Cedric Gibbons art direction (Alexander Toluboff and Edwin B. Willis as associates) was the highlight of this film, and of this exquisite card featuring Myrna Loy and Warner Baxter.
This was the story of a crooked lawyer whose specialty is getting mob members off for their crimes. Loy plays his girlfriend, but as this film is not only Pre-Code, for her it is also pre-Nora Charles, also basically a prostitute. Her gowns were by Adrian, nonetheless. Included was the new hit song by Jimmy McHugh and Dorothy Fields, “Don’t Blame Me”. Fast-paced script by the team of Frances Goodrich and Albert Hackett and fast-paced direction by MGM team player W.S. Van Dyke made this film a perfect example of a 1930s big city gangster film.
Minor restoration to creases and pinholes at corners. ABOUT FINE.