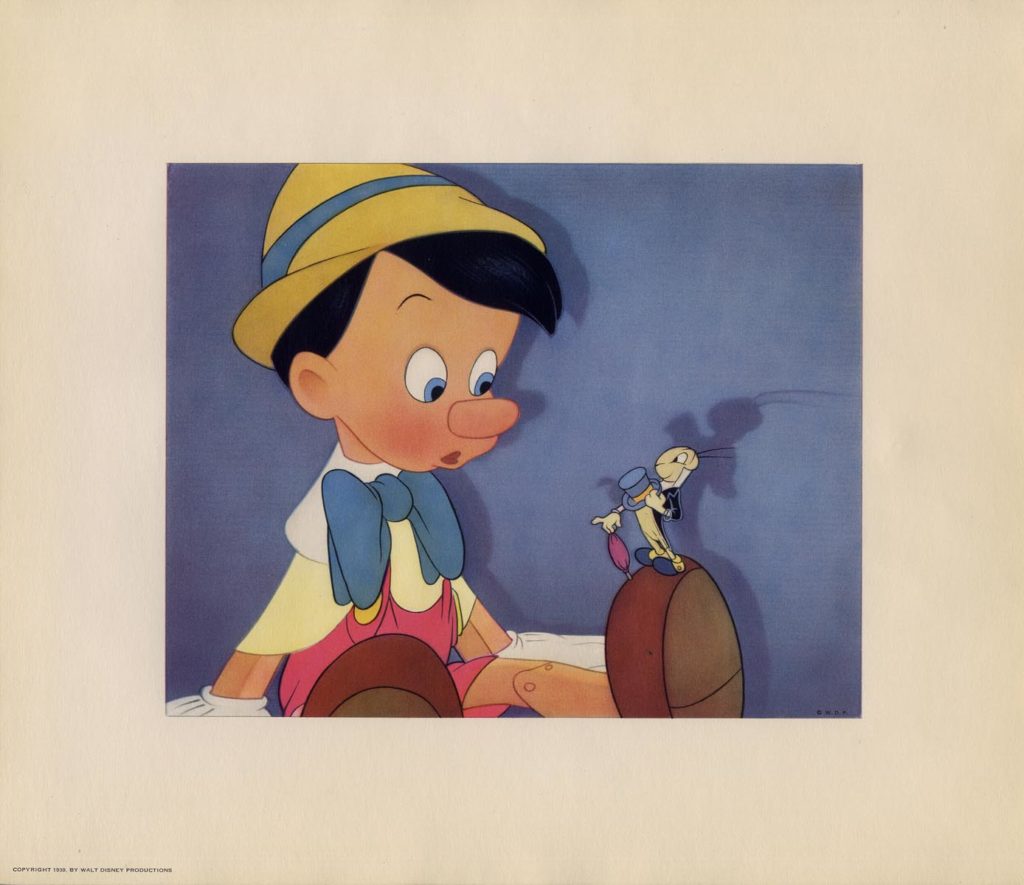 Story of a marionette whose creator wishes he were a real boy. Encountering many adventures and learning lessons of life, he eventually does — with the help of his friends Jiminy Cricket and the Blue Fairy — become a real boy.

This exquisite set was made in very limited numbers for the film’s New York City premiere on Feb. 7, 1940, at the Center Theatre. The theatre was located at 1230 Sixth Avenue, the southeast corner of West 49th Street in Rockefeller Center. Seating 3500, it was originally designed as a movie palace in 1932 and later achieved fame as a showcase for live musical ice-skating spectacles, premiering with Sonja Henie’s show later in 1940. It was demolished in 1954, the only building in the original Rockefeller Center complex to have been torn down. The theatre and outside marquee was decorated with enormous and spectacular items of promotional art that eve for Disney’s second animated feature.

The set, with its presentation envelope, is stunning, including a brochure about the film and the four stunning lithographs, all in unused condition. Minor wear and tanning to the envelope only with top right edge split about one-inch (2.5 cm.) and a few tiny tears to the right edge. FINE.