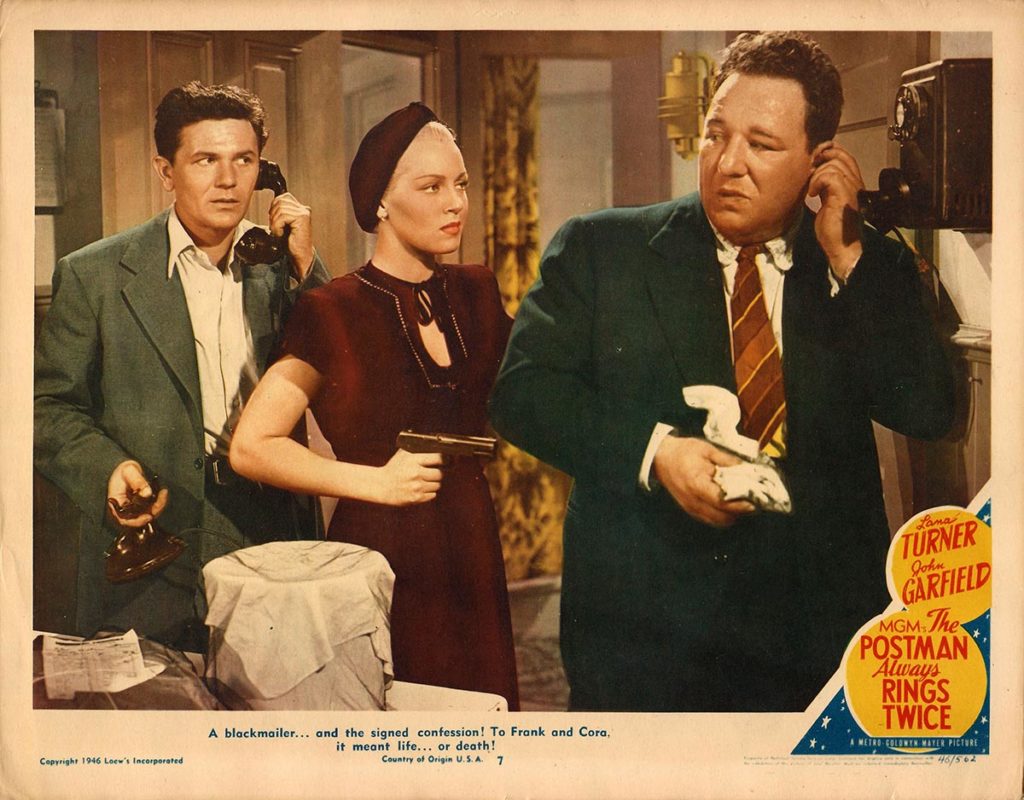 The story of an unhappily married woman, who, with a drifter, plans and carries out the murder of her husband, is one of the best remembered, most atmospheric and sexually tense films (even within the restraints of the Production Code) of this period genre. It took twelve years to bring the notorious James M. Cain novel to the screen because of the code restrictions. So stringent were they that every page of every script draft was scrutinized by the Breen office. Once filmed, each and every still and advertising art piece was submitted for approval.

Amazingly, this image was permitted with Lana Turner holding a pointed pistol in her hand, as John Garfield looks on. A clean card with only minor creasing at corners and one pin hold through the suit jacket of Alan Reed, NEAR FINE.