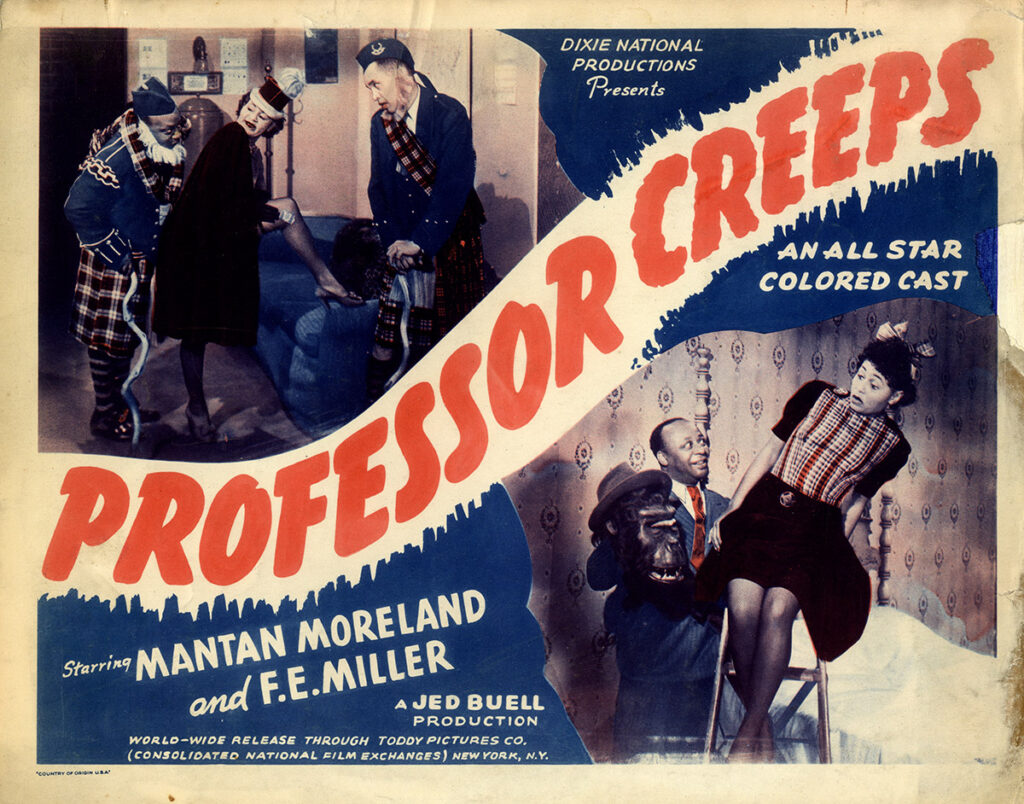 (African American film) New York: Toddy Pictures, [1942]. Vintage original 11 x 14″ (28 x 36 cm.) title lobby card, USA. Mantan Moreland, F.E. Miller, Florence O’Brien, dir: William Beaudine; Toddy. There are stains and wear to the right border extending into the edge of the blue background. At some point blank paper was added, and that small area of blue was colored in, but this only relates to the blank right border and that slim background area, overall VERY GOOD-.

In PROFESSOR CREEPS, two cut-rate private detectives are broke, hungry and down to their last nickel. They decide to hock their banjo in order to get some money for food, and while one partner is negotiating the deal, the other one falls asleep and dreams that a wealthy society matron has hired them to investigate a string of suitors. African American actor Mantan Moreland, who appeared in supporting parts in many mainstream Hollywood movies, had a starring role.

Original promotional paper from this film is extremely scarce, because there was a subsequent re-release and, although even the reissue paper is uncommon, it turns up much more often.