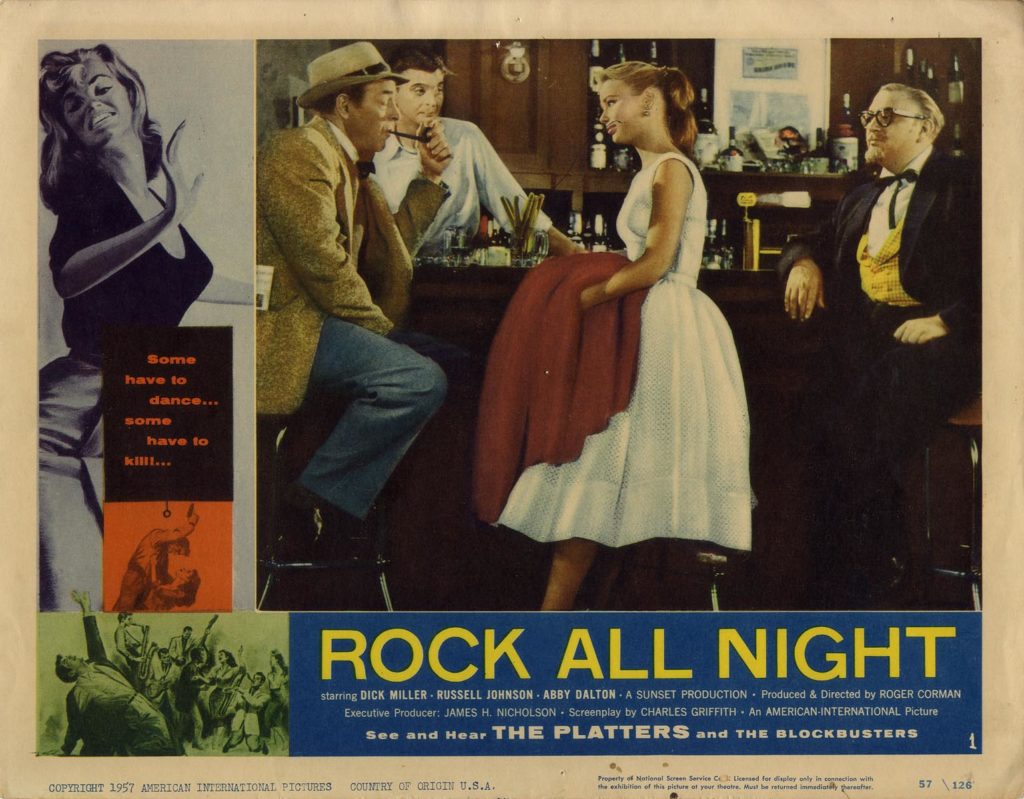 Complete set of eight (8) vintage original 11 x 14″ (28 x 35 cm.) lobby cards, USA. Dick Miller, Russell Johnson, Abby Dalton, Jeanne Cooper, dir: Roger Corman; American International Pictures. A Roger Corman exploitation film about a group of teens at their local hangout, Cloud Nine, who are held hostage by two escaped killers.
The story, however, did not even start until the second half of the movie; the first half was a musical show in which a number of popular groups performed, including The Platters singing “I’m Sorry” and The Blockbusters doing the title song. Intended as a drive-in film, it was double billed with DRAGSTRIP GIRL. Much of the cast went on to become popular in 1960s television. And it seems that the new Quentin Tarantino movie, THE HATEFUL 8, is a very loose remake of this film.
There is a single pinhole at top center of most of the cards. Light use and minor corner creasing. There is a pen mark on Abby Dalton on card nos. 1 and 4. NEAR FINE.