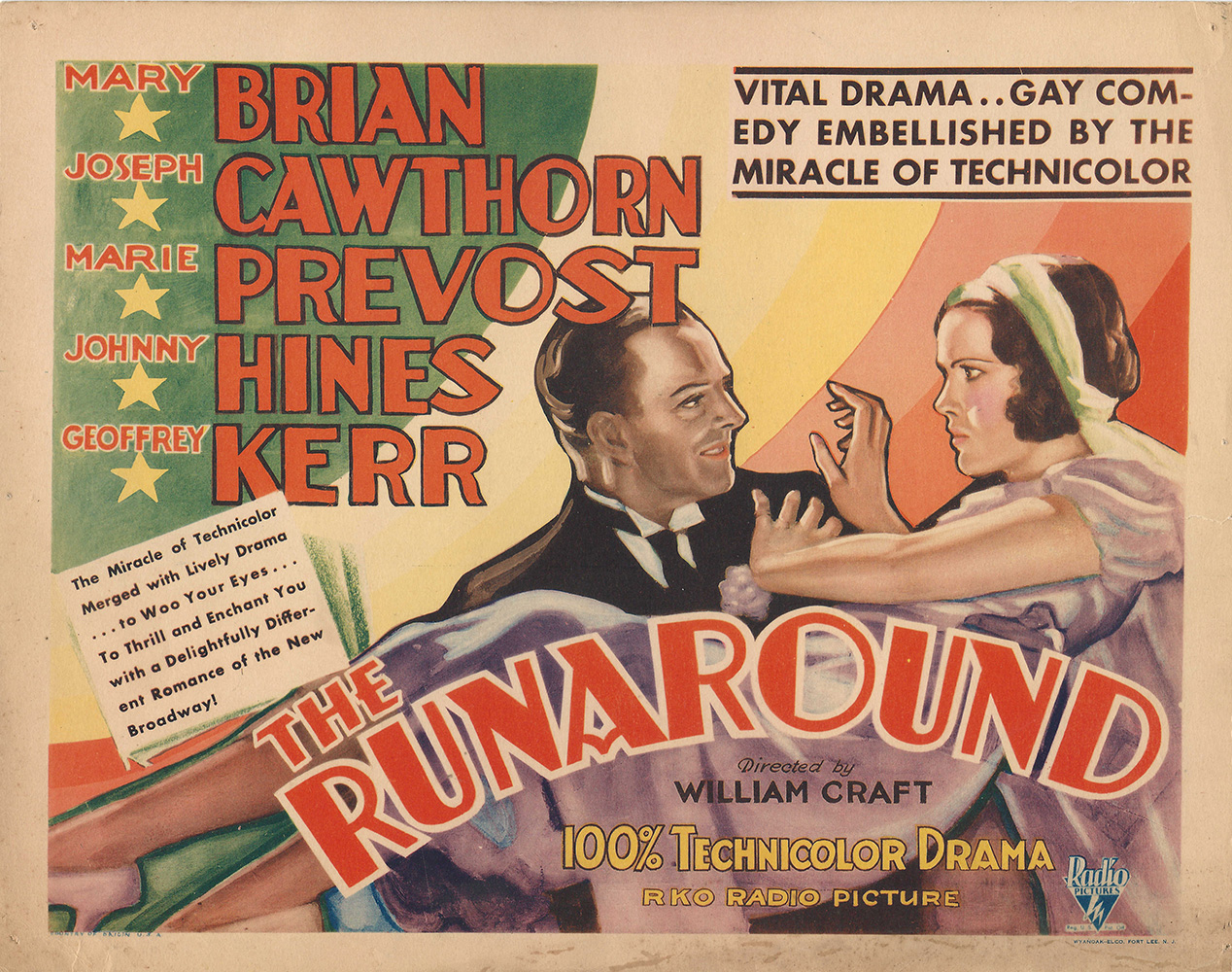 Vintage original 11 x 14” title lobby card, USA. Mary Brian, Marie Prevost, Joseph Cawthorn, Johnny Hines, dir: William James Craft; RKO. Though, a black and white copy of most of this film is believed to have been preserved, a color print has not come to light thus far. The drama, which included musical numbers from an aborted RKO musical to be called RADIO REVELS OF 1930 is significant because of the color technology. It was the first film to use a reduced-grain high speed process which allowed for improved color photography over previous two strip color technique. Mary Brian, a Paramount contract star was borrowed when Mary Astor was not available at RKO. There are pin holes at each of the four corners and soiling to the blank white margins, particularly the bottom margin. Nice art deco presentation. NEAR FINE.