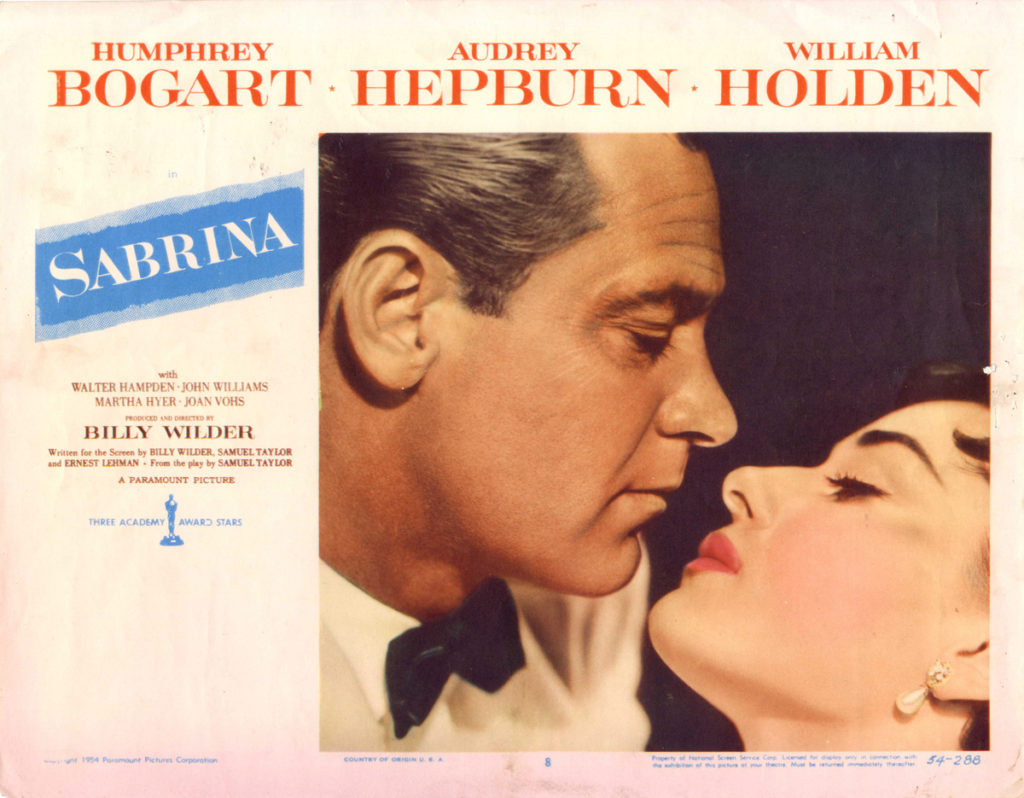 Vintage original 11 x 14″ (28 x 35 cm.) lobby card no. 8, USA. Humphrey Bogart, Audrey Hepburn, William Holden, Martha Hyer, John Williams, Thomas Fairchild, Frances X. Bushman, dir: Billy Wilder; Paramount. A Cinderella story which was the perfect vehicle for Audrey Hepburn. She plays the tomboyish daughter of a wealthy family’s chauffer who has a crush on the playboy son of the employer. She is sent to cooking school in Paris and comes back a sophisticated young woman who, at last, the men notice.
Her superb Givenchy wardrobe (for which Edith Head won the Academy Award for Costume Design, never acknowledging nor crediting him), helped her to be noticed particularly by the public. Hepburn personally chose from his collection; he would do her film wardrobe from this time on. Wilder also wrote the script (based on the play Sabrina Fair), but had not finished it when filming began, so new pages were being distributed daily. He nevertheless was twice nominated for Academy Awards for the film, for Writing and Direction. Hepburn, too, was nominated.
The campaign for the film, as on this lobby card relied heavily on the fact that all three main actors had won an Academy Award just prior. Close-up of Holden and Hepburn here. Minor creasing at top left corner, some soling in white margin, 6 pinholes at the center right blank white margin. NEAR FINE.