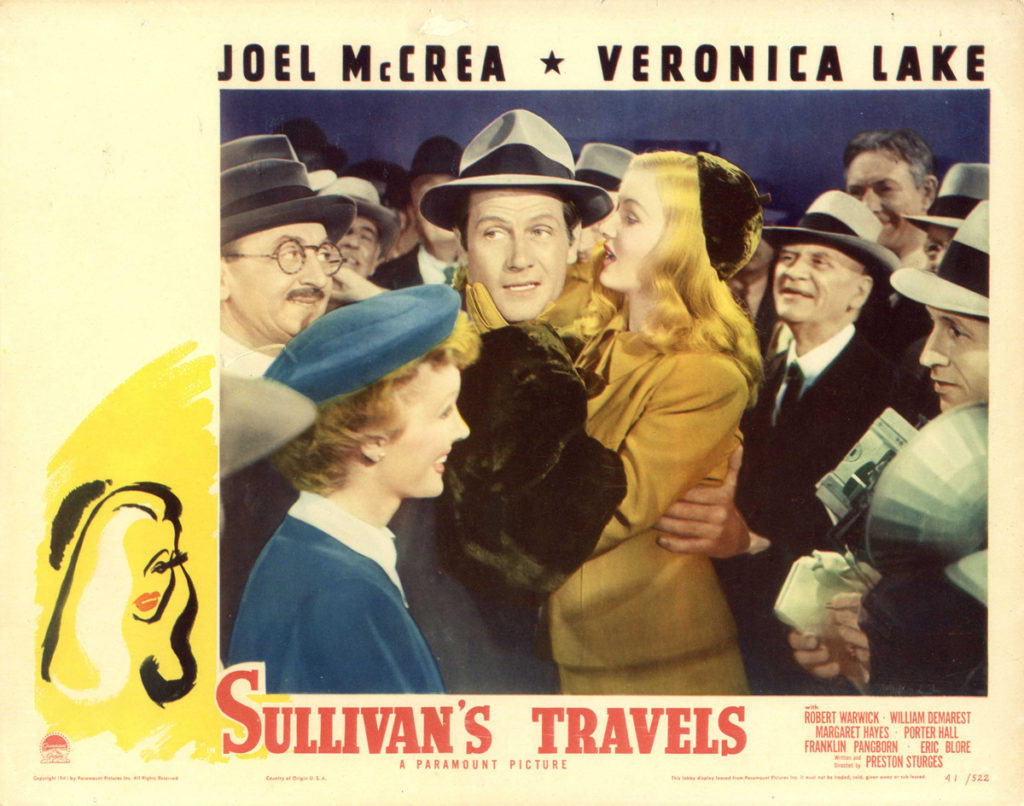 Vintage original 11 x 14″ (28 x 35 cm.) lobby card, USA. Joel McCrea, Veronica Lake, Robert Warwick, William Demarest, Franklin Pangborn, dir: Preston Sturges: Paramount. Card has pinholes at top left border, at top mid border (addressed with touch-up) and one at bottom left border edge, all addressed with archival tape on the back. There is also an area at the mid left edge of the actual image just behind that hat of actress Margret Hayes which has been reinforced on the back with archival tape. Near fine.

A director of escapist films decides that he wishes to make a socially significant film so, along with his girlfriend, travels the roads as a hobo where he learns many a life lesson. One of Preston Sturges’ best and most remembered films, combining zany comedy and heartbreaking drama.

Joel McCrea was the only actor Sturges wanted to play Sullivan. Veronica Lake, who plays “The Girl”, wanted the role so much that she hid her 8 month pregnancy from everyone but costume designer Edith Head, who tailored her costumes appropriately.

A crowd congratulates the film maker John L. Sullivan in this scene, McCrea and Lake at center.