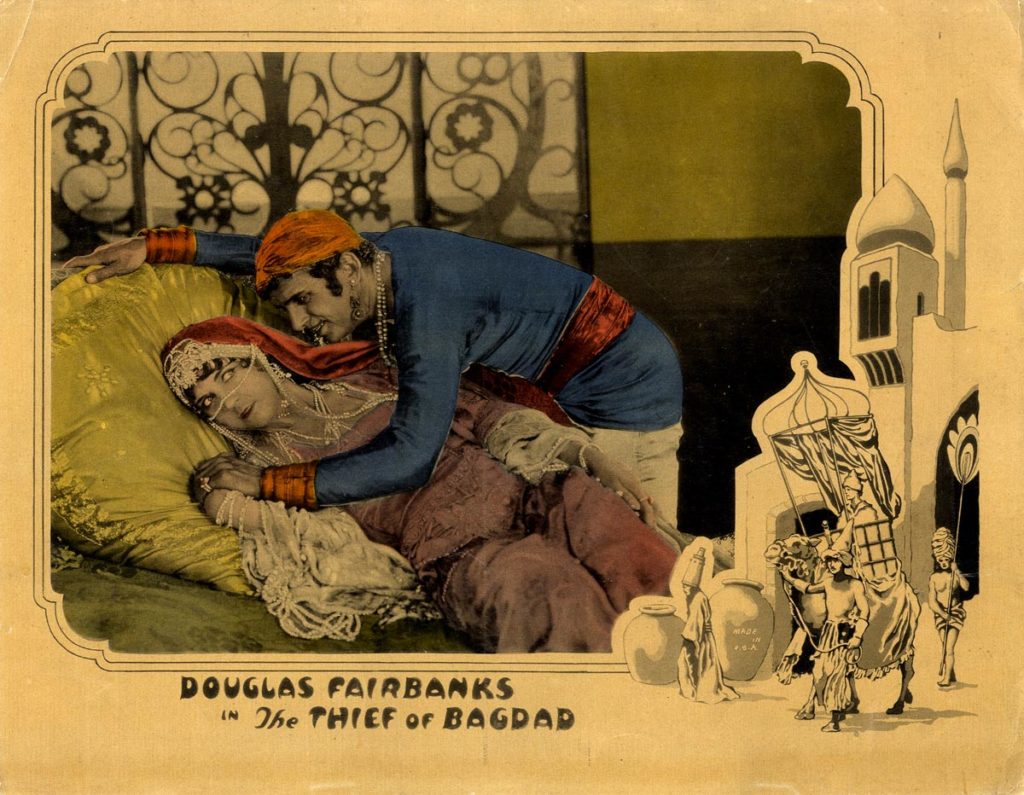 Vintage original 11 x 14″ (28 x 35 cm.) lobby card, USA. Douglas Fairbanks, Snitz Edwards, Charles Belcher, Julianne Johnston, Sojin, Anna May Wong, dir: Raoul Walsh; United Artists. A great achievement in silent film art and still considered one of the best fantasy films ever made. The art direction by William Cameron Menzies is still one of the most-beautifully created environments designed for any film, and the special effects, as primitive as they are, still work as any modern day effect.

Though over 40, Douglas Fairbanks embodied the character of swashbuckling, youthful acrobatic and dashing hero. Here he is the lover to Julianne Johnston’s Princess. A dancer who had been with Ruth S. Denis, her film career ended with the advent of the talkies. The border art suggests the opulence of this production. A stunning “varnished” card, there is a crease at the top left corner and slight rippling at the top right corner. ABOUT FINE.