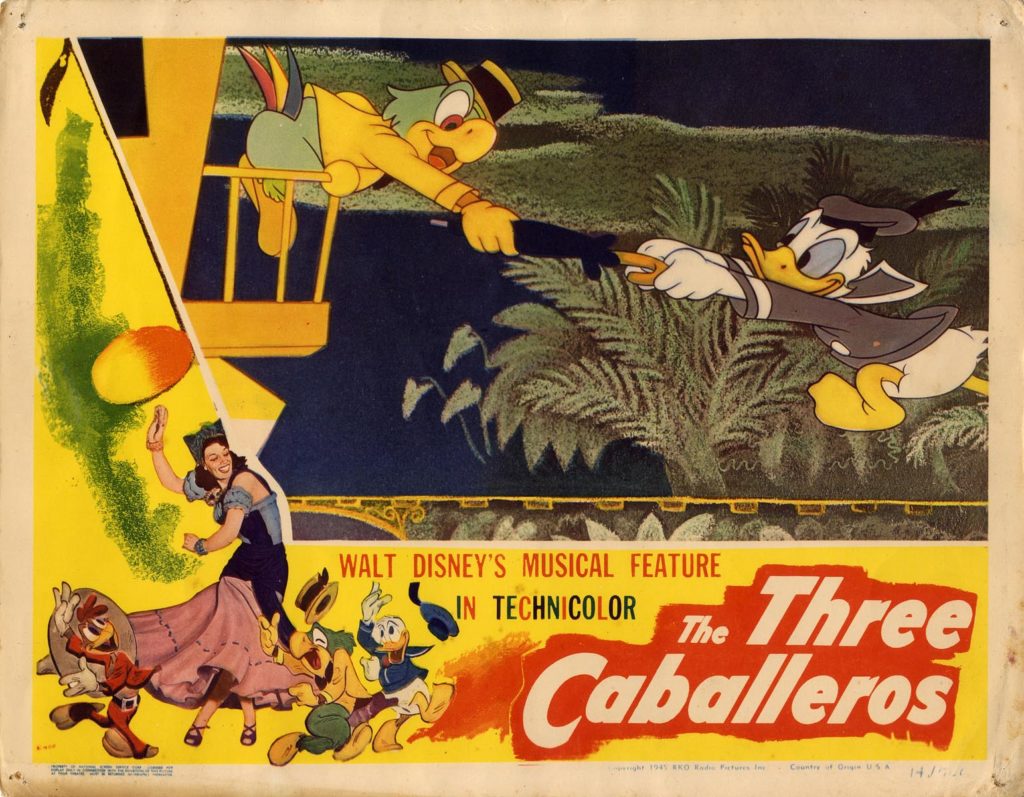 Vintage original 11 x 14″ (28 x 35 cm.) lobby card, USA. Aurora Miranda, Carmen Molina, Dora Luz, Sterling Holloway, Clarence Nash (Donald Duck), Joaquin Garay (Panchito), Jose Oliveira (Jose Carioca), dir: Norman Ferguson, Harold Young; Walt Disney Productions.
This was Walt Disney’s inspired effort for the World War II effort to improve America’s relations with the South American countries. It became one of the best loved and most popular of the Hollywood movie studios’ effort in this endeavor. Locations were filmed in Acapulco, Veracruz and Patzuaro, Mexico, for the establishing and live action shots. Brazilian entertainer Aurora Miranda (sister to Carmen) presented the music of her country, while Mexican entertainers Carmen Molina and Dora Luz presented the dance and culture of Mexico.
Donald Duck receives a large box for his birthday, inside of which are adventures in which he learns many aspects about the Latin American countries. This was the first time since the early Alice in Wonderland cartoons in which Disney combined animation and live action.
The titular three caballeros (Donald, Panchito and Jose) are present on the side art with Aurora Miranda; Donald and Jose are featured on the main image. Pinholes at each of the four corners. Creasing at each of the four corners. Some border soil and tanning at bottom left edge and lower right side. VERY GOOD-FINE.