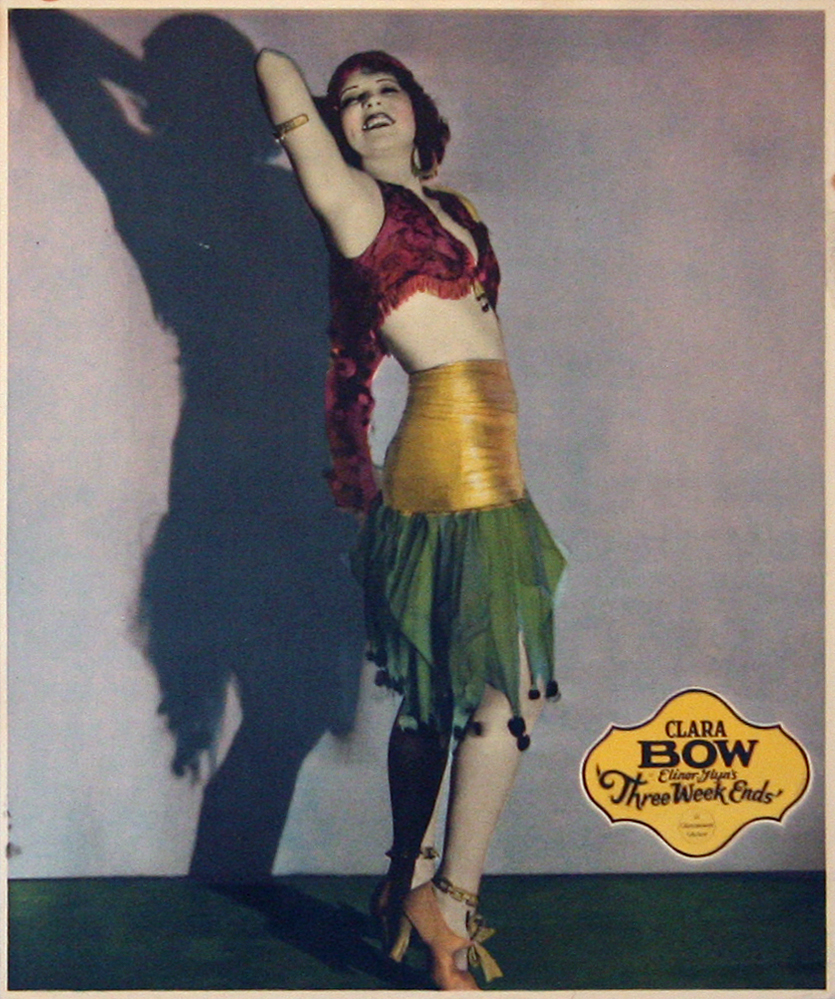 Clara Bow had become the star prolific popular writer Elinor Glyn wished to write stories for by 1928. For this script she had expert assistance, including that from John Farrow and Herman J. Mankiewicz. Bow plays gold-digging chorus girl Gladys O’Brien who falls for James Gordon (Neil Hamilton), believe him to be a wealthy playboy. He is but an insurance agent. She ups his, and her chances when she arranges an invitation to attend a swank party with a real playboy millionaire Turner (Harrison Ford).

Unfortunately, this is amongst Bow’s numerous missing films, though a few fragments have been found and appear in the 2011 TV documentary Fragments: Surviving Pieces of Lost Films.

In this card, Bow is the ultimate flapper.