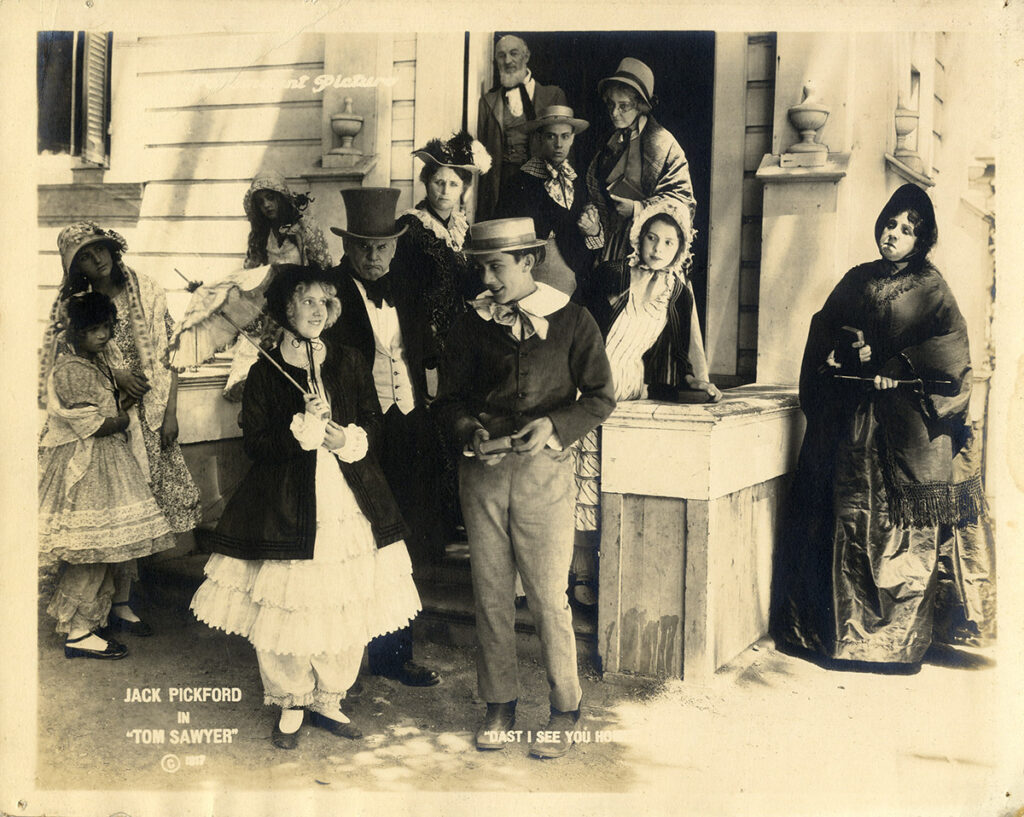 From the second screen adaptation of Tom Sawyer (a 1907 short film is recorded, although it is not clear that the film exists) and the first feature film adaptation of Mark Twain’s novel. The caption of this scene (where Tom Sawyer is speaking to Becky Thatcher) is “Dast I see you home?” Jack Pickford played Tom Sawyer and Clara Horton played Becky Thatcher.