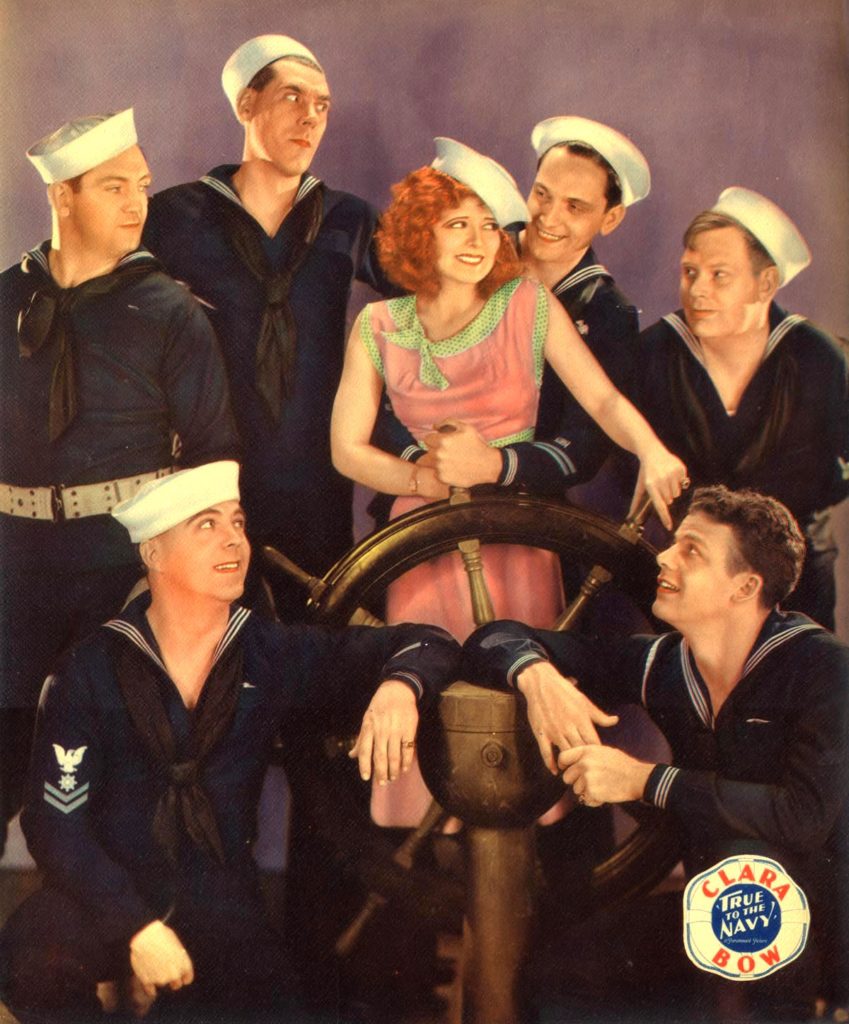 Vintage original 14 x 17″ (35 x 43 cm.) jumbo lobby card, USA. Clara Bow, Frederic March, Rex Bell, dir: Frank Tuttle; Paramount. This is the story of a girl who works at a soda fountain in San Diego. She is the favorite of all sailors who come to port. Each one is her favorite as well, as they come in at separate times. Problems arise whenever they arrive at the same time. However, Ruby Nolan really pines mainly for the one gob who will not give her the time of day — it is her mission to peak his interest.

Film was made in both talkie and silent versions. Bow was known to audiences for her irresistible personality and for her red hair, and this fantastic image highlights just that! It also shows her with her many boyfriends, including Frederic March with his arms around her, and soon-to-be husband Rex Bell (at lower right). One of the highlights, experienced in the sound version only, was Bow’s singing of “Believe It or Not, I Lost My Man” — that would be hard to believe. Both the silent and talking versions of this title are extant. This is a museum quality piece, VERY GOOD.