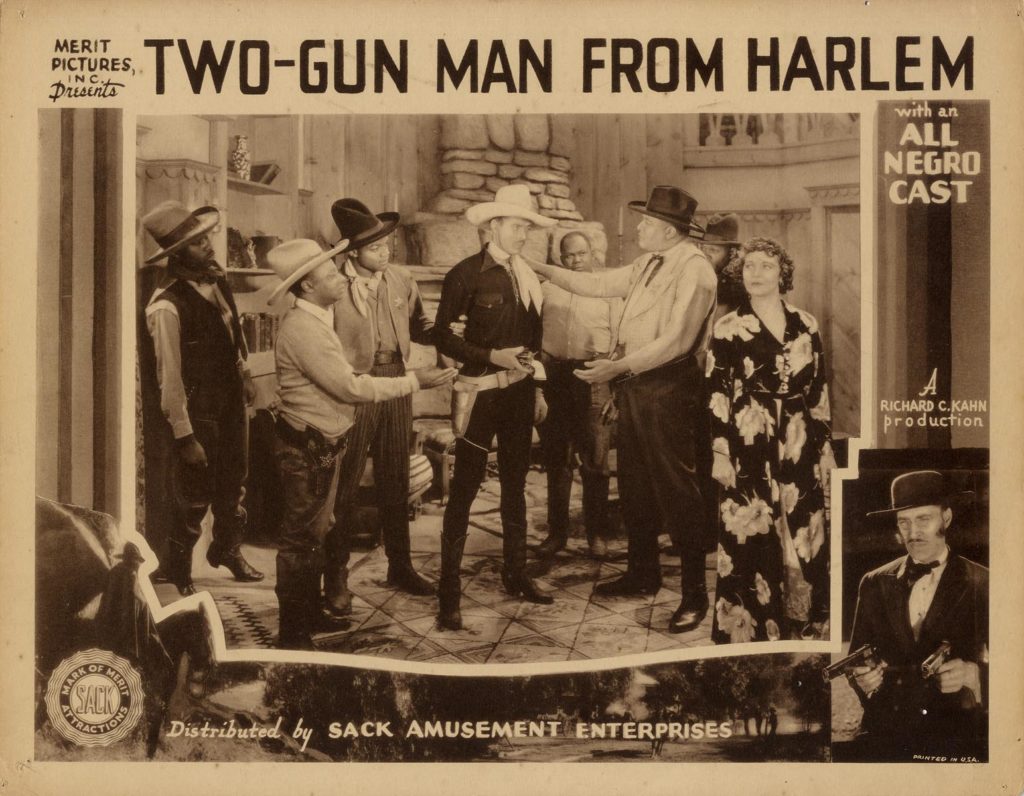 Vintage original 11 x 14″ (28 x 35 cm.) lobby card, USA. Herb Jeffries, Marguerite Whitten, Clarence Brooks, Mantan Moreland, Matthew ‘Stymie’ Beard, dir Richard C. Kahn; Merit Pictures / SACK Amusement Enterprises. Though filmed at International Studios in Hollywood, the story was about a cowboy wrongfully accused of murder who goes to Harlem and takes on the guise of a preacher-turned-gangster so he can infiltrate the gang that set him up. With musical interludes featuring Herb Jeffries, the leading black singing cowboy of the genre.
Sepia card has a pinhole at each of the four corners and two tiny hole punches near the lower left in the border image. NEAR FINE.