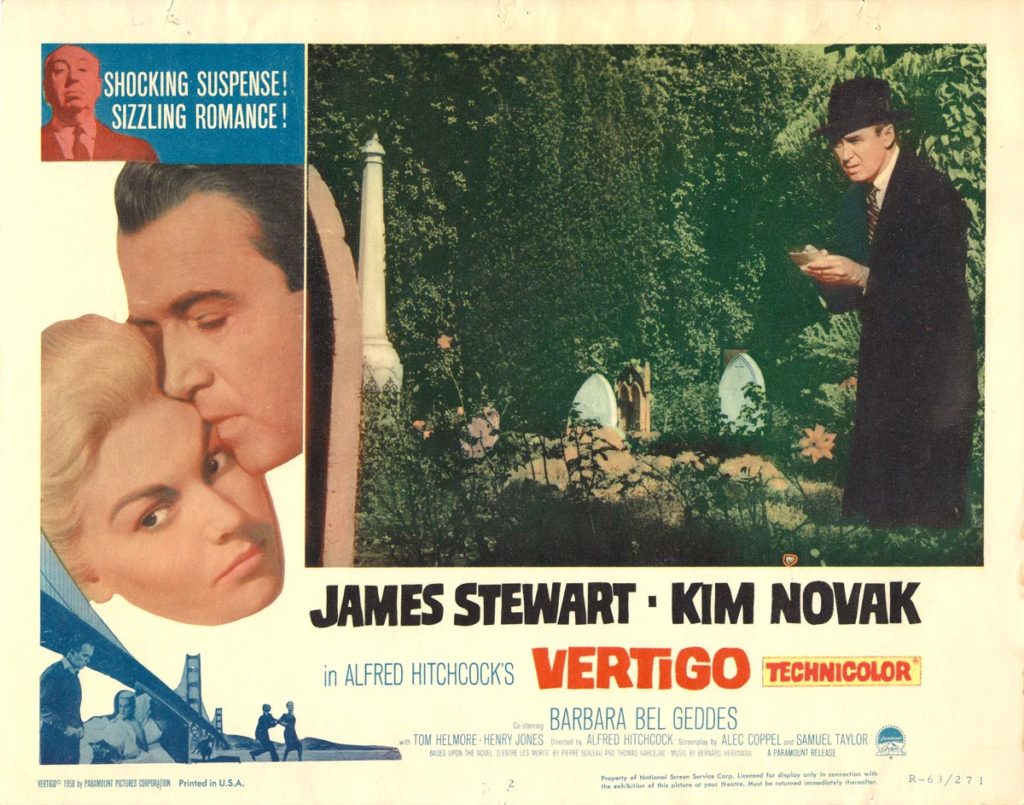 Story of a San Francisco detective who suffers from vertigo and, in investigating a friend’s wife, becomes obsessed with her. His vulnerable trait is well-known by those who have hired him and they have quite an agenda. The film is visually stunning, with Hitchcock painstakingly utilizing the then-newly developed technical advancements in use of color (creating a hallucinatory and nightmarish mood), Vista Vision and stereo.

Lobby card no. 2 for the 1963 re-release features the Golden Gate Bridge, portraits of Hitchcock, Stewart and Novak and the scenes in the cemetery where Stewart discovers an important clue. Since the original 1958 cards are all printed in only two colors, they lack the phantasmagoric vivid colors of the film, which are much more properly reflected in the 1963 lobbies such as this one.