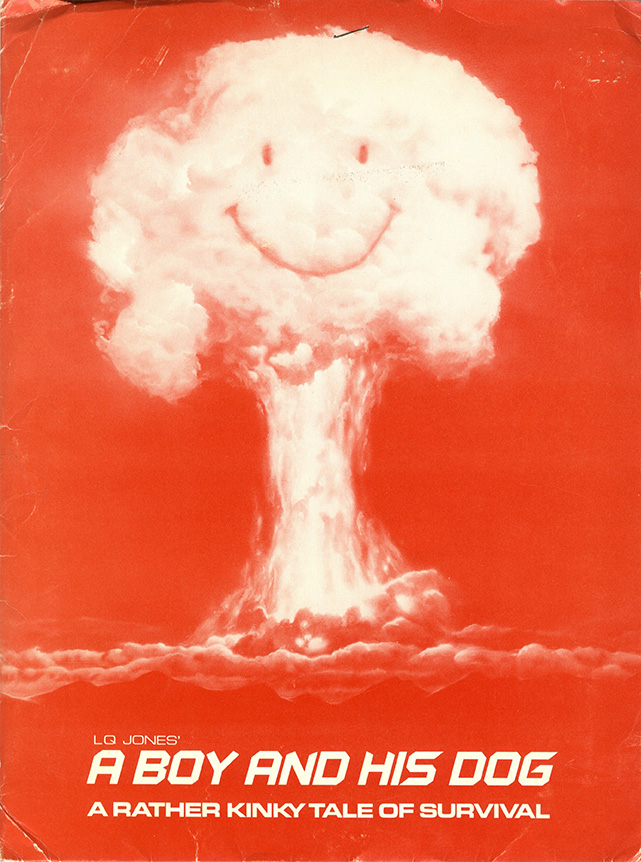 Writer-director Harlan Ellison chose to release this film himself, rather than go through a normal distribution route. The result was that, although it had received acclaim at various film festivals, it got very minimal theatrical release — hence, original ephemera from it are seldom seen.

Ellison (of whom there is a portrait included in the folder) stated that this post-apocalyptic movie was one of the few adaptations of his work which was true to it. It was adapted from his 1969 novella, first published in NEW WORLDS.