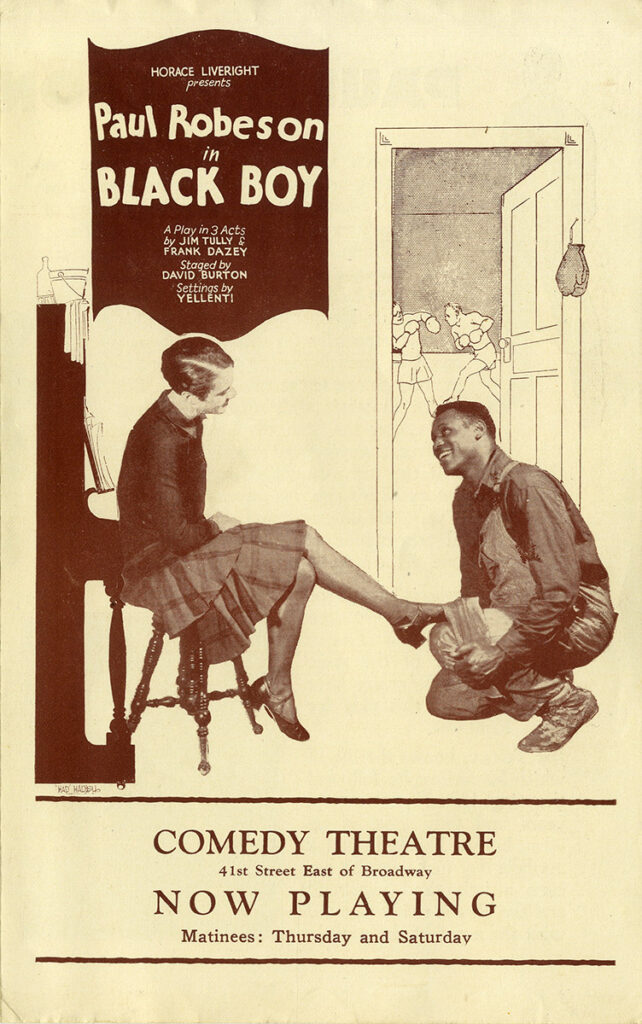 A flyer for this play by Jim Tully and Frank Mitchell Dazey starring Paul Robeson, which appeared on Broadway for 37 performances in October and November, 1926.

Woll, p. 18: “Describes the rise of a $10-a-bout sparring partner to the world championship. Black Boy [Robeson] lives high in his new life and begins drinking. He loses a big fight and his friends desert him. Poor, once again, his friends desert him.” The reviewer for the New York Herald Tribune noted: “He dominates the play by the simpler and surer means of a sheer gianthood of genuineness, native understanding, and deep-voiced likeability.”

Robeson’s appearance in this play followed directly after his triumph in 1925 in a revival of Eugene O’Neill’s The Emperor Jones. This very scarce flyer contains seven separate images of Robeson in this production.