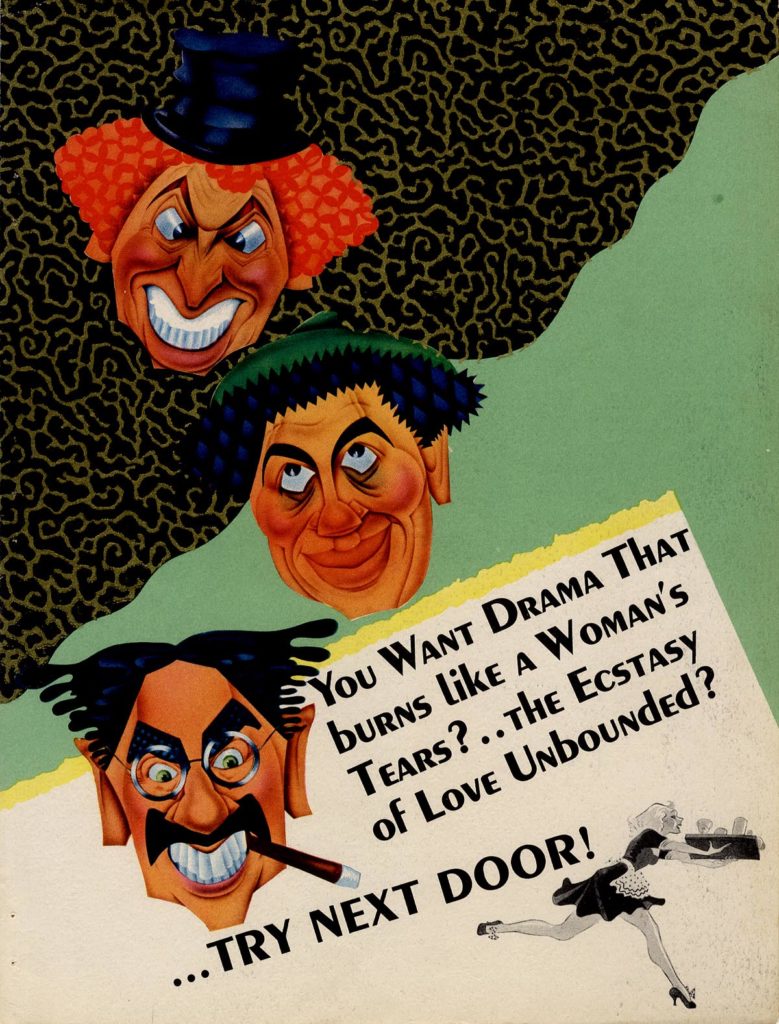 Vintage original 12 x 9 ” (31 x 23 cm) color trade ad, USA. Marx Brothers (Groucho, Chico and Harpo), Lucille Ball, Ann Miller, Frank Albertson, dir: William A Seiter; RKO.
The three brothers ventured to RKO for one production under Pandro S. Berman for this comedy based on the Broadway play. The brothers try to produce a play but run out of money, and so come up with schemes to continue to stay in their hotel while not paying the bill. Though Morrie Ryskind adapted the play for the Marx Brothers, it was the only film they made in which the script had not been written just for them.
This two-sided color trade ad features the brothers with Lucille Ball on one side and a caricature of the three on the other, most likely the work of artist Jacques Kapralik. Light soiling in background. A few tiny edge pinholes. ABOUT FINE.