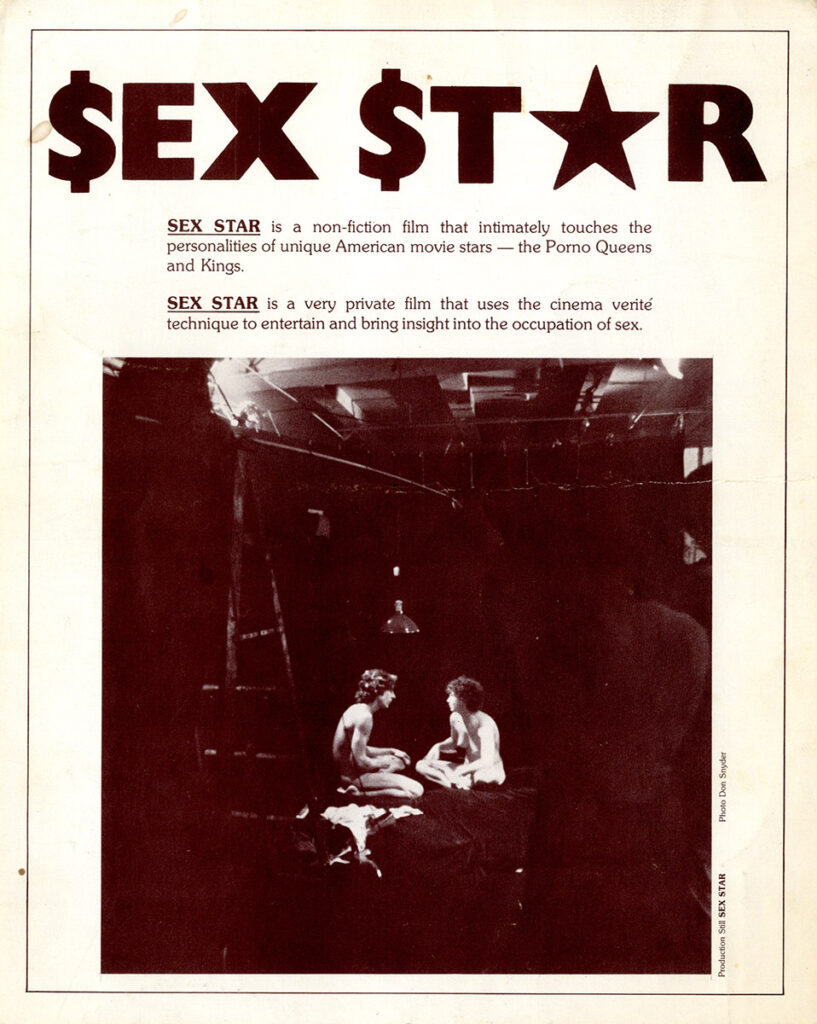 From the flyer, “Sex Star is a very private film that uses the cinema verité technique to entertain and bring insight into the occupation of sex.” Kowalski would go on to direct cult films such as DOA (1981) and Gringo: Story of a Junkie (1984).