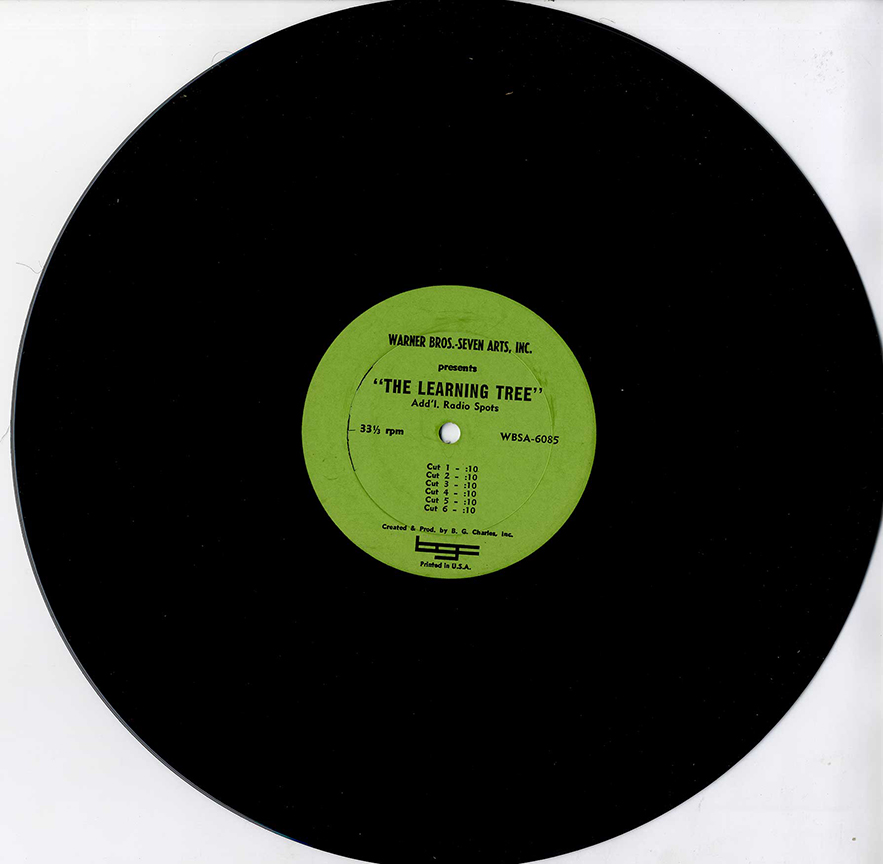 THE LEARNING TREE was the first movie directed by an African American that was financed and distributed by a major studio. It was Parks’ first feature film, and adapted from his novel of the same name, an autobiographical work about a black teenager growing up in Depression-era Kansas.

This is a rare record, not sold to the public but sent only to radio stations, where they could play any of the various ads for the film contained on the record.