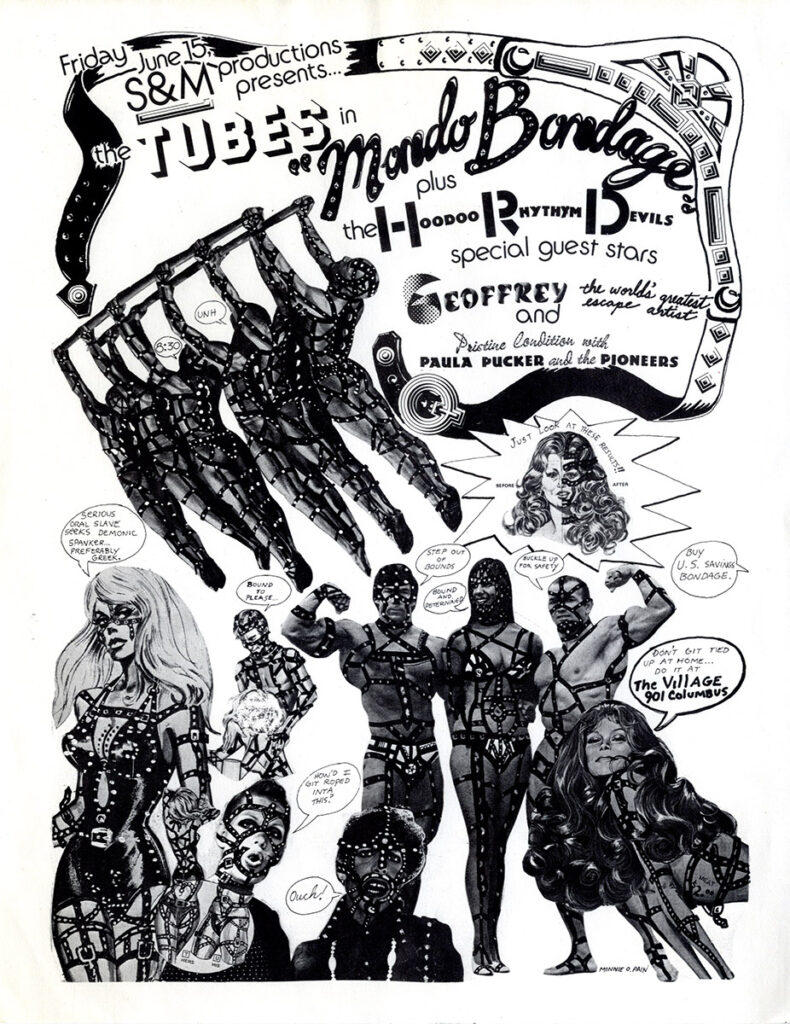 Mixing pornography, rock and vicious satires on art and excess, The Tubes began playing in the mid-1970s, releasing their self-titled album in 1975. During the 1980s they would achieve more mainstream success with albums like The Completion Backward Principle (1981) and Outside Inside (1983).

This flyer is for a show featuring a performance of The Tube’s “Mondo Bondage” at The Village in San Francisco with the Hoodoo Rhythm Devils, ex-Cockettes member Pristine Condition and Paula Pucker and the Pioneers.