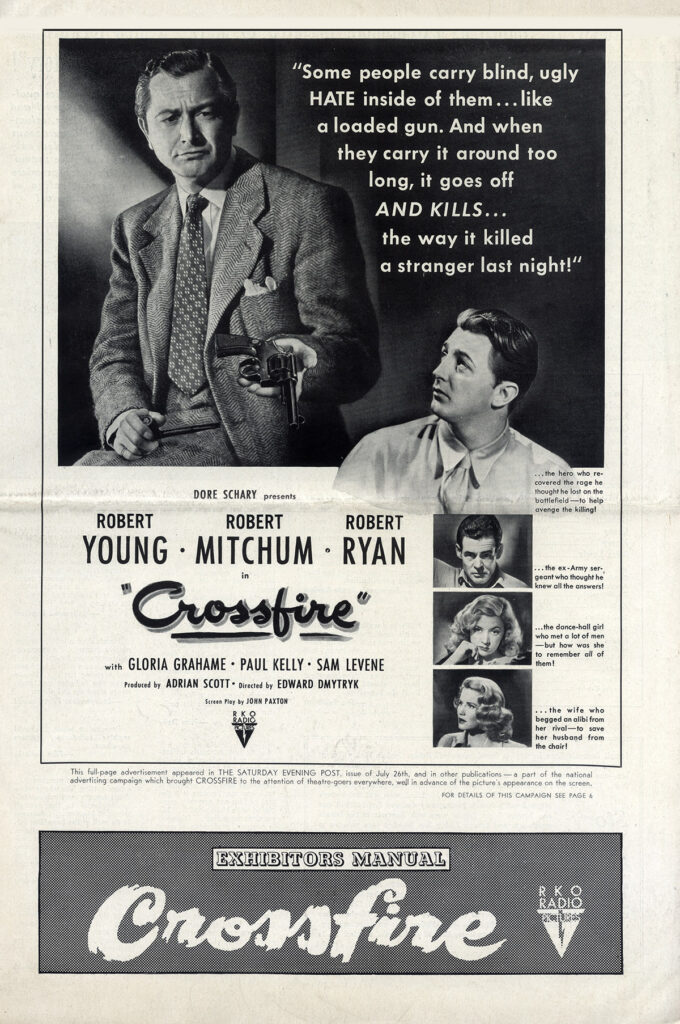 Classic film noir, one of the few noir films of the 40s to be nominated for a Best Picture Oscar.

A story about a serviceman on leave who kills a Jewish man due to anti-Semitic hatred. It was adapted from the Richard Brooks novel The Brick Foxhole ( in which the serviceman kills a gay man, but that was too controversial for a Hollywood studio to contemplate in those days.)