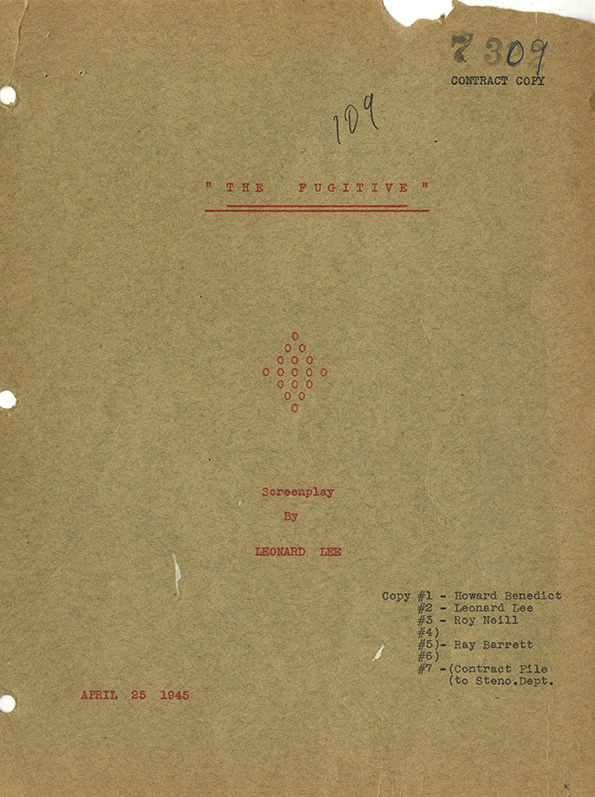 PURSUIT TO ALGIERS [“THE FUGITIVE”] Screenplay by Leonard Lee, 25 Apr 1945

Vintage original script by Leonard Lee, an early pre-production draft of this adaptation of the Sherlock Holmes/Dr. Watson characters to the screen, here present in an unusual, privileged form. 109 leaves, quarto, carbon typescript, typed on rectos only of onionskin marked in red: “Contract Copy”. Punched for brad binding in typescript wrappers (brads not present). Some creasing and small tears to some margins, small chip to upper wrapper at top edge, otherwise VERY GOOD.

The index on the upper wrapper indicates that seven copies were prepared (this  being #7) and distributed to the producer, director, writer and other principals. Comparison of this early draft with another, dating from July/August, indicates the script underwent significant later revision.