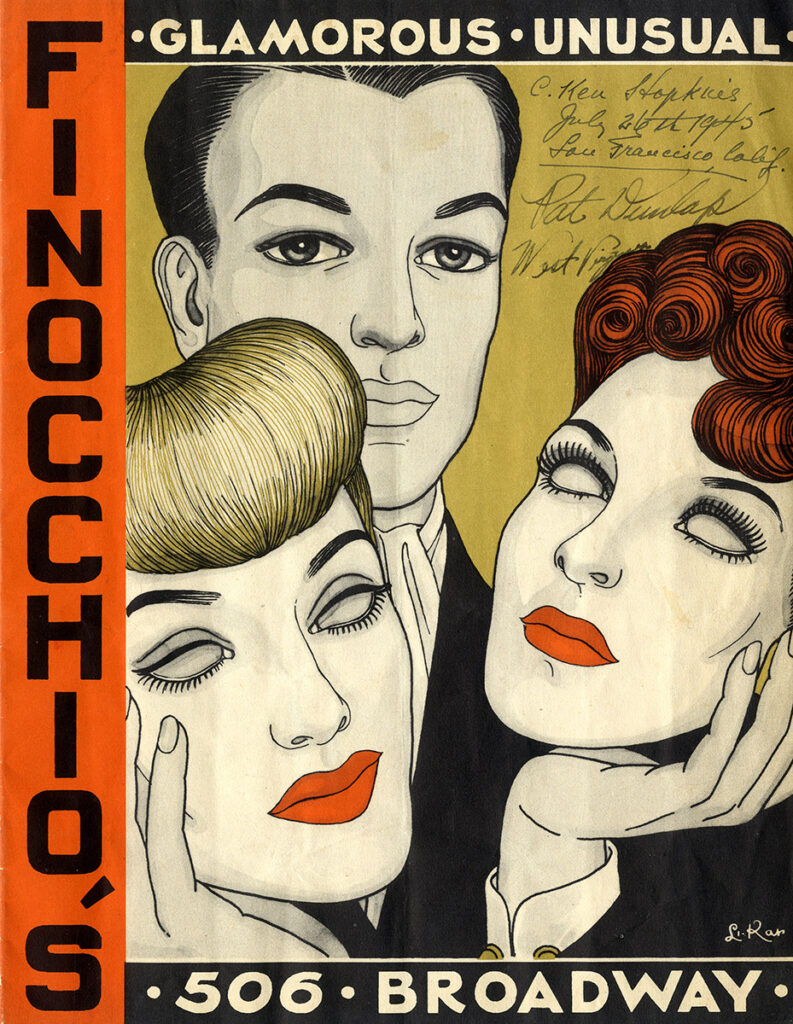 Finocchio’s was a San Francisco cabaret which offered drag shows and was in business for over three quarters of a century. Featuring a roster of drag performers, it may well have been the longest-lived club of this kind in the US, lasting from 1936 to 1999. The booklet contains portraits of various of the establishment’s drag performers. A MS note on front cover is dated July 26, 1945.

We previously offered an entirely different program which we dated ca. 1945. It now appears that new programs were issued quite regularly. But since OCLC lists very few examples of any program from any time frame, very few turn up, especially from the 1940s.