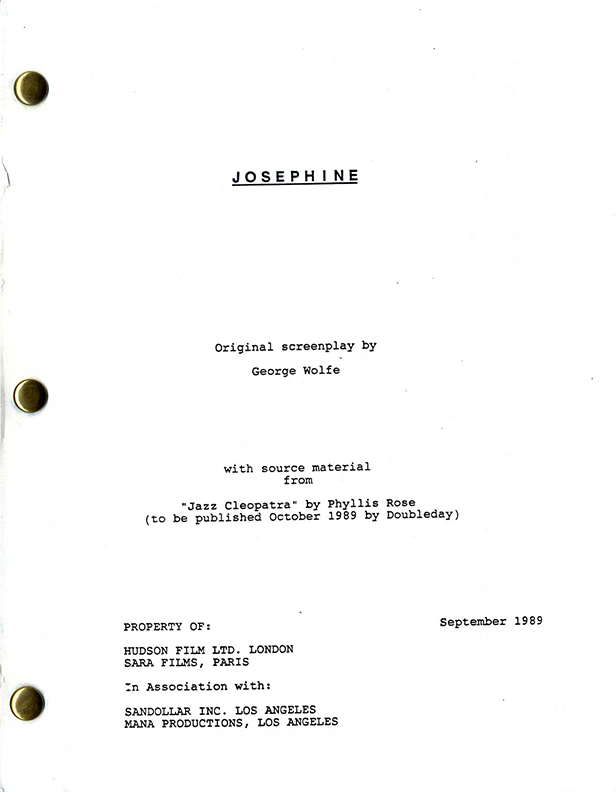 George C. Wolfe has had a preeminent career as a stage director and playwright, having repeatedly won acclaim for such diverse works as THE COLORED MUSEUM and the original Broadway production of ANGELS IN AMERICA. His filmography is briefer than his list of theater credits but quite distinguished, with a variety of films exploring African American life, past and present.

The present script is for an un-produced film about the life of Josephine Baker, based on the book Jazz Cleopatra by Phyllis Rose. It would have been Wolfe’s debut as a film director, and it is a worthy addition to the body of his works.