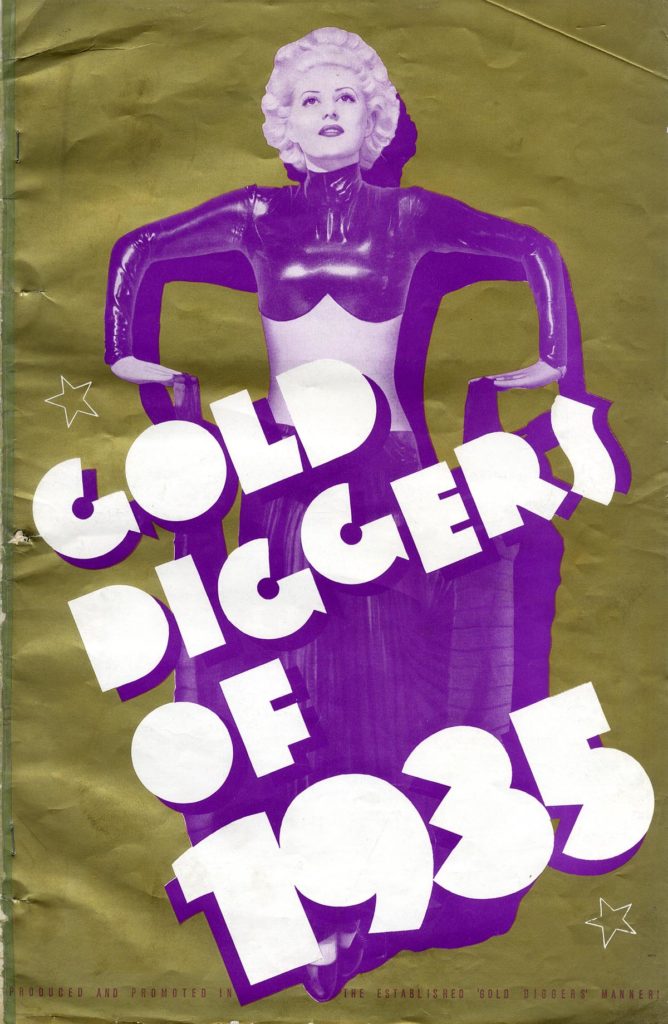 Post-Production Code musical extravaganza was small on plot, this time with a mother attempting to marry her daughter off to a millionaire while staying at a posh hotel — but the film was huge in production numbers. These were some of Busby Berkeley’s most sophisticated, intricate and best. Amongst them were “The Words Are In My Heart”, and the iconic “Lullaby of Broadway”. By 1935, Warner Brothers had branded the “Gold Digger” franchise and the promotion was as spectacular as the films.

Wonderful fun in these pages of exploitation, production details and accessories. There are a variety of still campaigns, articles (including those on the previous Berkeley films), song sheets, novelties of Warner Brothers stars and posters for the film.