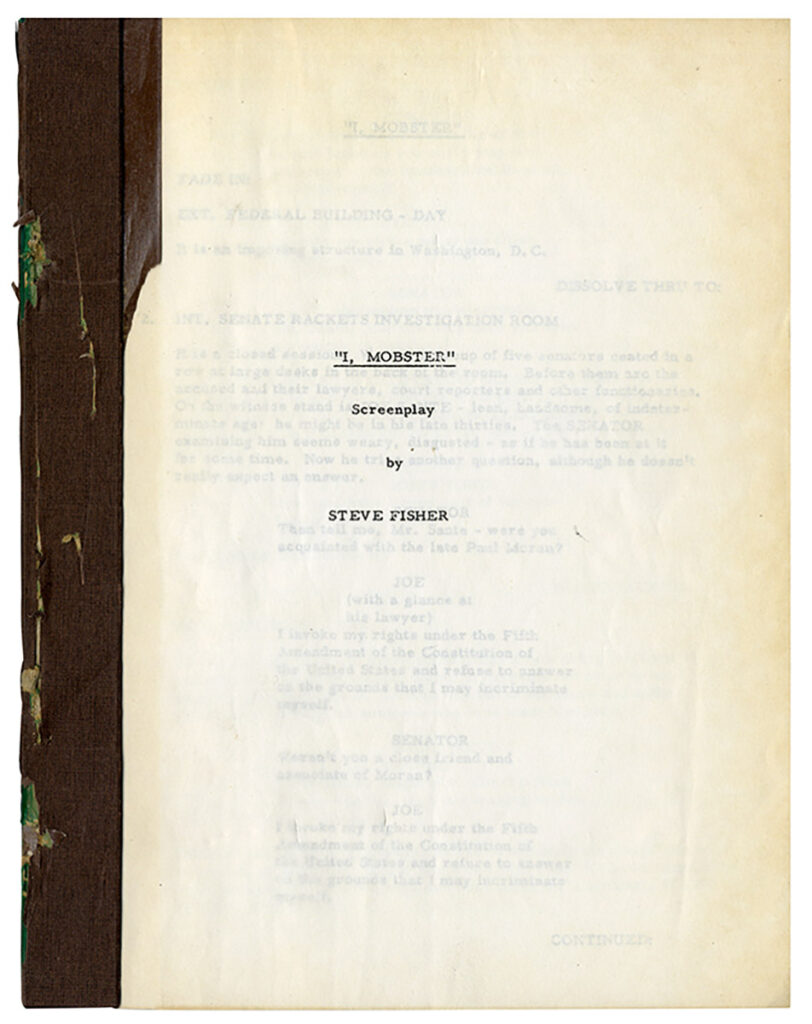 I, MOBSTER (1959) Screenplay by Steve Fisher

[Hollywood}: Edward Alberson Productions, [1959]. Vintage original film script, quarto, mimeograph. This script was subsequently bound into sfiff plain boards with cloth spine, from which the front cover is no longer present; there is wear to the spine. 106 pp., internally fine in good- later binding.

This is one of a few gangster films directed by Roger Corman in the first five years of his lengthy career. Steve Fisher wrote the screenplay, adapted from a novel of the same name by Joseph Hilton Smyth. Fisher’s name is closely associated with film noir, beginning with HOT SPOT (adapted from his novel I WAKE UP SCREAMING), and including his screenplays for LADY IN THE LAKE, I WOULDN’T BE IN YOUR SHOES and DEAD RECKONING.

Grant, Comprehensive Encyclopedia of Film Noir, p. 314: “Joe Sante (Steve Cochran) invokes the Fifth Amendment when testifying before the Senate Rackets Committee, then reminisces about his rise in the syndicate from ‘collections’ specialist to union buster and strikebreaker and eventually to local syndicate boss… Joe’s rise brings him enemies, notably those who were bosses before him.”