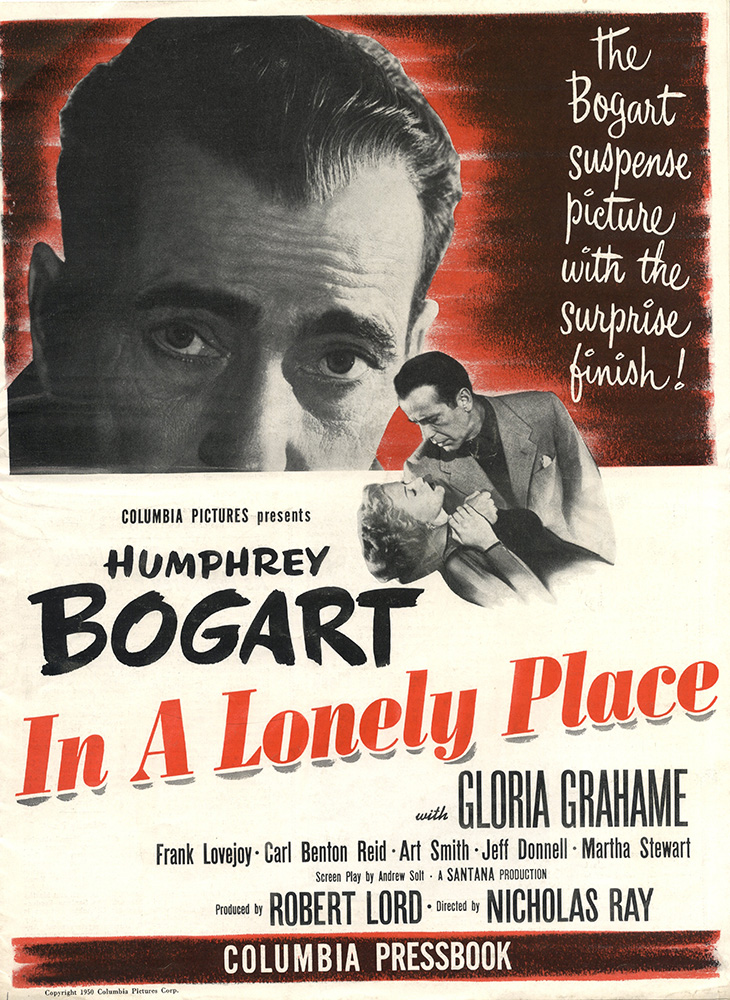 Classic film noir, now on the National Film Registry, about a screenwriter asked to adapt a trashy bestseller. Finding it difficult to read, he has a hat check girl tell him the story in her own words. She ends up murdered, and he is a prime suspect. Gloria Grahame falls in love with him and then becomes increasingly suspicious that he is the murderer, as his emotional insecurities gradually destroy their relationship.

Andrew Solt and Edmund H. North adapted the Dorothy B. Hughes story which was about a much younger man to become a vehicle for Bogart. In her book, Louise Brooks said that the character of Dixon Steele was the closest to the real Humphrey Bogart.

This campaign book includes many pre-written newspaper articles, ads, advertising tie-ins and the posters and lobby cards on the back.