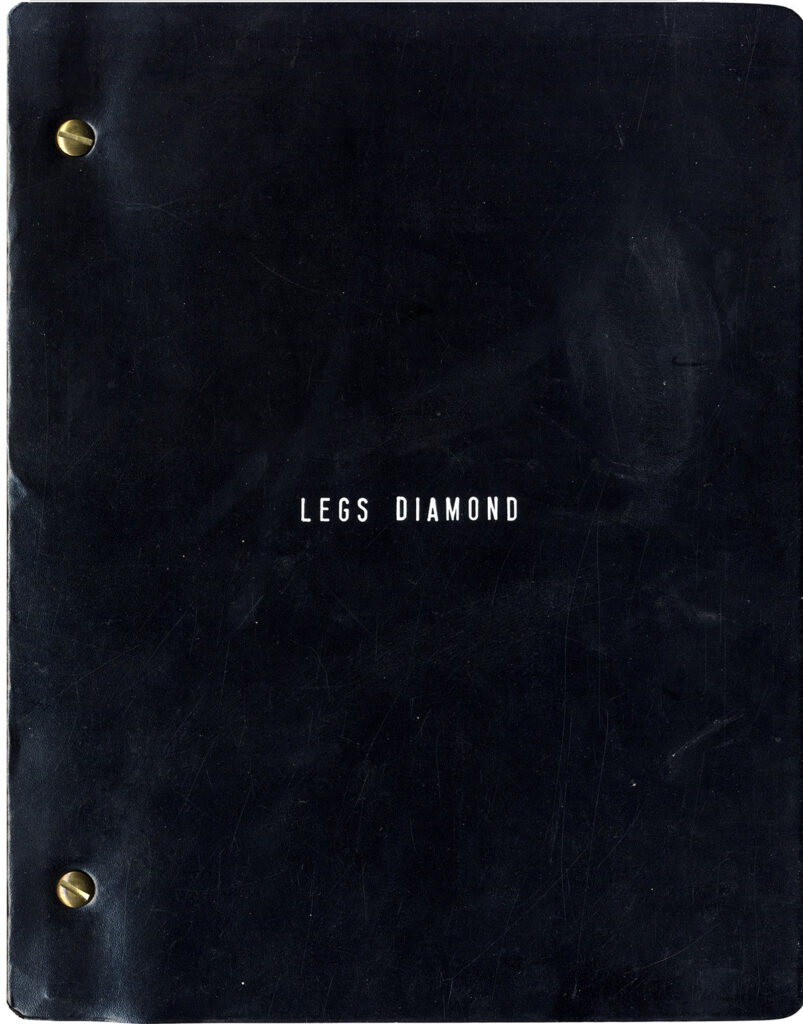 A very early draft of this Peter Allen musical about gangster Legs Diamond, which did not finally open on Broadway until three years later, on December 26, 1988. This is a significantly different script from the one used three years later, both in its book and songs.

This very ambitious musical was to be Allen’s last Broadway appearance. He had previously appeared in two short-lived musicals, SOON (1971) and UP IN ONE (1979).

This script is accompanied by a cassette of the show’s musical numbers. This cassette is almost certainly a demo. The song list does not correspond to the list of songs in the original cast album released at the time of the show’s opening three years later. It came with this script, and surely was included with it when presented to “Rodney”.