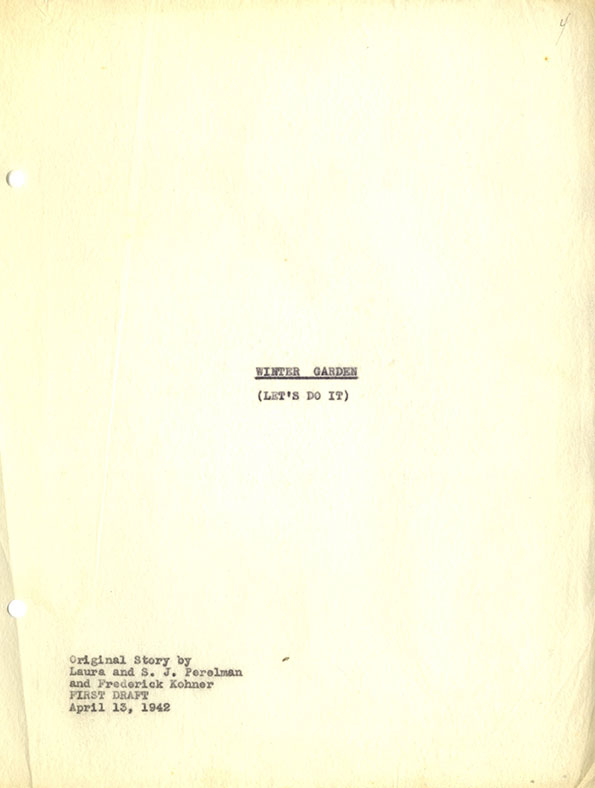 An unpublished, and unproduced, manuscript by Perelman, his wife, and Kohner—a lengthy treatment for a proposed musical comedy set in and around the old New York Winter Garden. The April 30, 1942 New York Times mentions the proposed film, which was to star Mary Martin, Jack Oakie, and William Gaxton. The title had already been changed to THE GANG’S ALL HERE, which was the title of an entirely different 1943 Busby Berkeley Fox musical. Perelman was an immensefly gited writer, and his screen credits include various classics, that include film classics like the 1932 HORSE FEATHERS with the Marx Brothers. Original Perelman manuscript material is uncommon, but especially examples of his screenwriting.