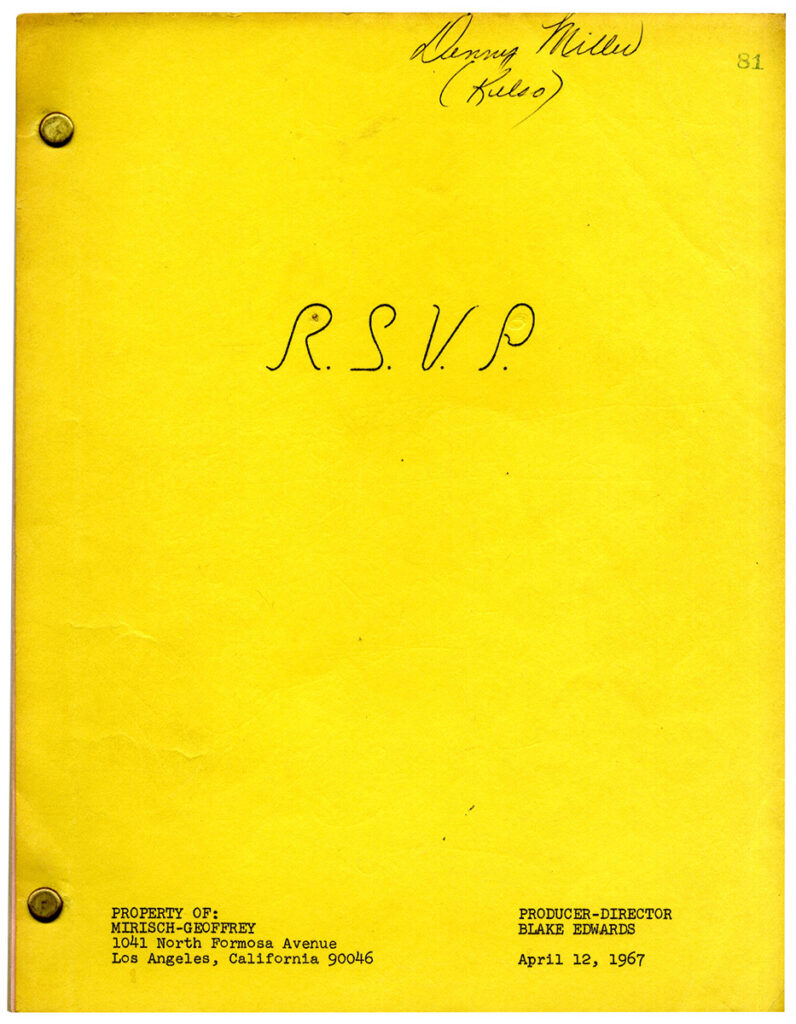 This script belonged to actor Denny Miller, who memorably played the part of cowboy actor “Wild Bill” Kelso. His name is written on the front wrapper, and there are four pages of handwritten notes in his hand laid in. Those pages show some external creasing.

The title page credits director Blake Edwards and star Peter Sellers for the original story, with screenplay credit to Edwards, Tom Waldman and Frank Waldman. The script is dated April 12, 1967. The film got released a year later, on April 4, 1968.

Edwards altered the script from its original silent film-inspired concept by allowing Peter Sellers and co-star Claudine Longet to improvise as much dialogue as they wanted. This is reflected in the screenplay itself, which has far more descriptive action (visual humor) than written dialogue. Some things barely mentioned in the screenplay, for example, an electronically-controlled sliding floor panel adjacent to the house’s interior waterway, become the basis for elaborate comic set pieces in the movie.

The same electronic panel also controls an intercom system which in the movie, but not in the screenplay, comically amplifies Bakshi’s nonsensical dialogue with the host’s parrot (“Birdie num num”) so that is heard by the entire house.

On the other hand, another one of the film’s major comic set pieces, involving Bakshi and a malfunctioning toilet, is filmed almost exactly as it was written.