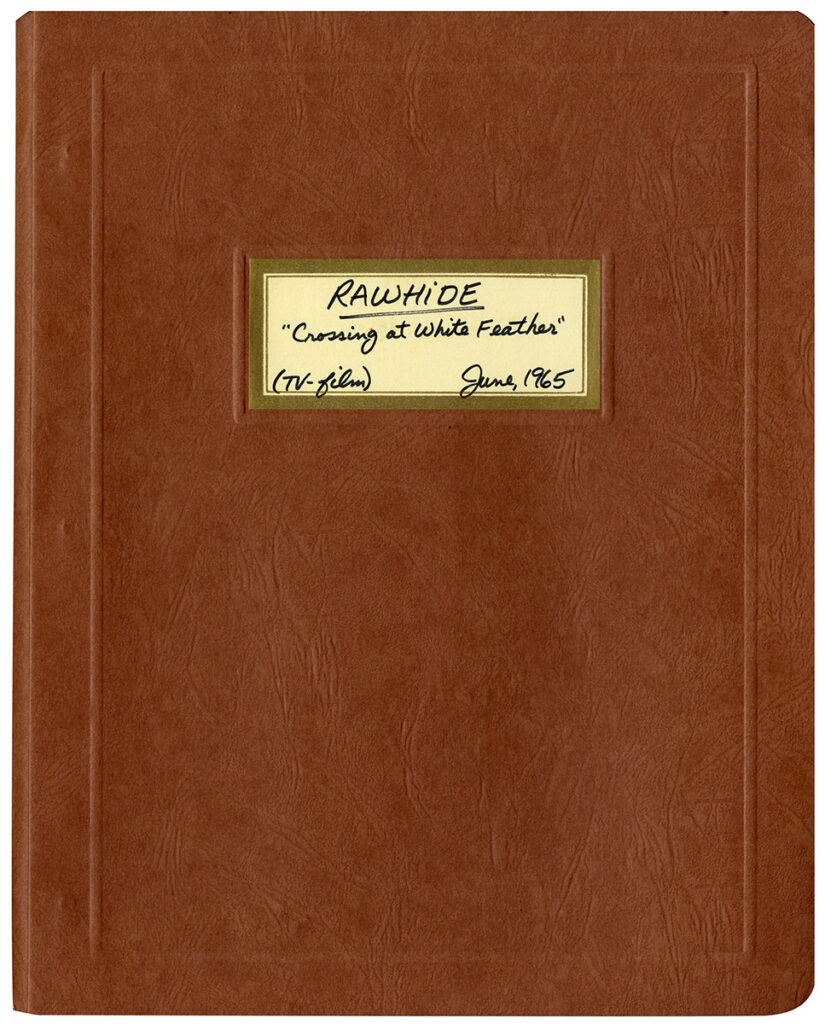 This script belonged to child actor Johnny Crawford, who signed it on title page. He played the supporting role of Aaron, and circled all his lines.

RAWHIDE was the television show which gave Clint Eastwood a starring role, which led to his films with Sergio Leone — and the rest was history. Scripts from this show have always been very scarce. “Crossing at White Feather” was the 13th episode of the eighth season, broadcast on December 7, 1965. Written by Leslie Edgley and directed by Richard Whorf.