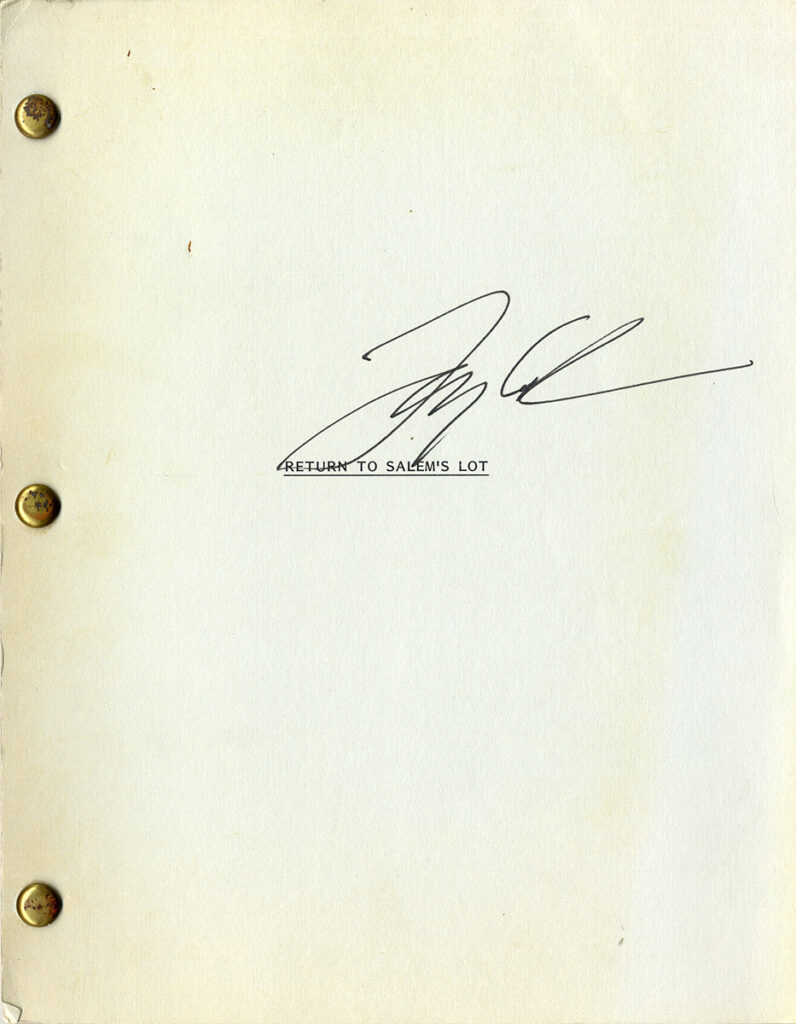 Cohen’s sequel departs from King’s original in several significant respects. In the King novel and miniseries, a vampire, Mr. Barlow, and his familiar, arrive in the town of Jerusalem’s Lot and proceed to vampirise the entire community. In Cohen’s version, the vampires have dominated the town since the early 1600s. In the King version, the vampires are fought by a trio of males, a young man, an old man, and boy. In Cohen’s sequel, the vampires are also fought by a trio of young man, old man, and boy, but they are not the same three as in the King version. In fact, none of the characters from King’s version reappear in the Cohen sequel.

Like most of Cohen’s best films, A RETURN TO SALEM’S LOT has a political subtext. His genteel vampires are “old money,” a metaphor for America’s white, propertied, ruling class, and the screenplay’s dialogue emphasizes their wealth.