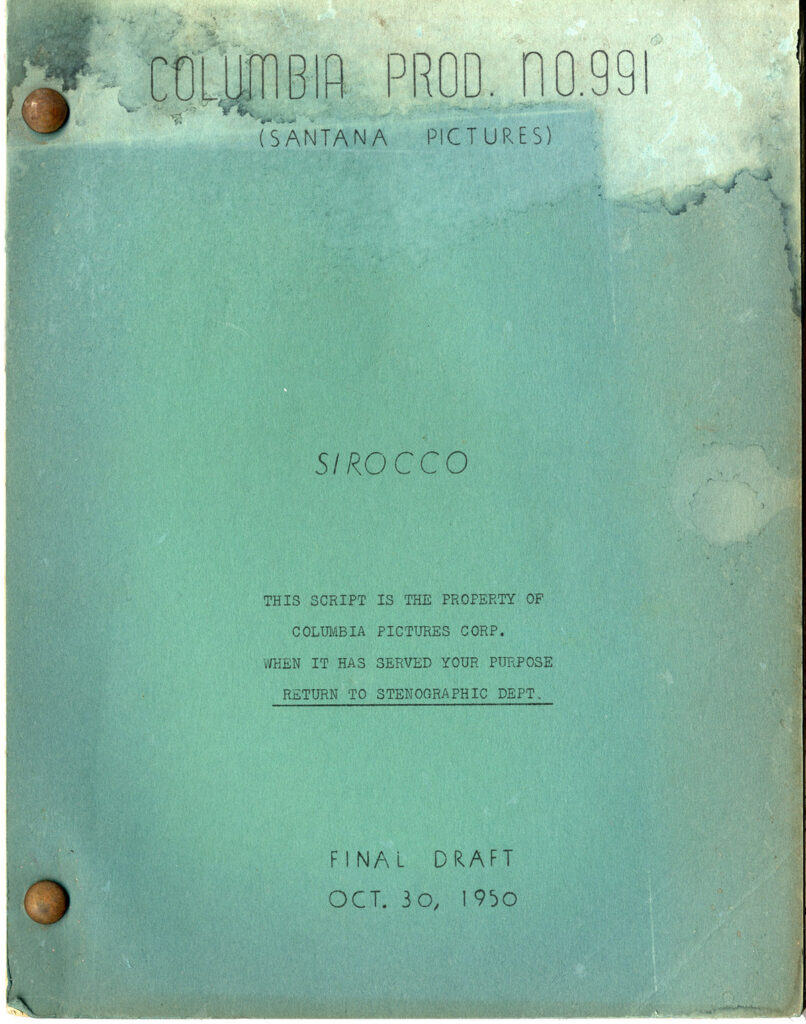 Curtis Bernhardt directed this noir-tinged drama, starring Humphrey Bogart and set in Damascus in 1925. The film was an attempt to rekindle some of the elements that made CASABLANCA so successful. (Spicer, Historical Dictionary of Film Noir, p. 418)