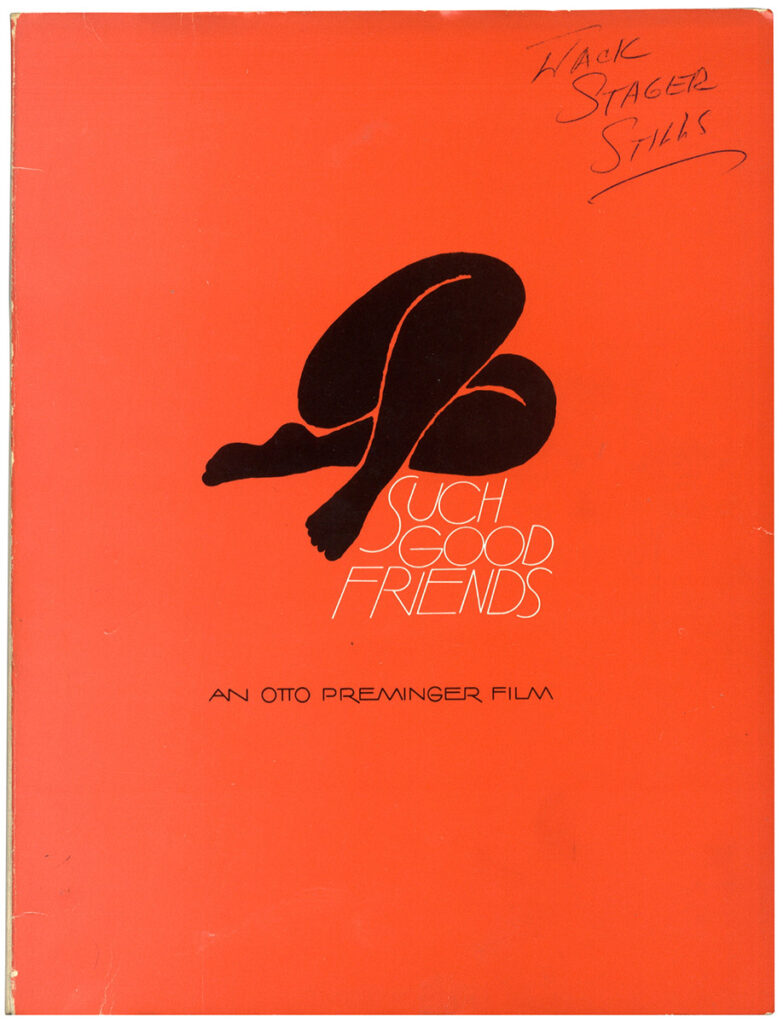 SUCH GOOD FRIENDS (1971) Film script by Elaine May

SUCH GOOD FRIENDS is a feminist black comedy by Otto Preminger. Julie Messinger (Dyan Cannon) has her husband enter a hospital to have a mole removed and, due to absurd medical negligence, ends up in a coma. In the meantime, Julie, who had never suspected her husband of infidelity, discovers that he was a compulsive womanizer who was sleeping with several of her friends.

This was a very early screen credit for May (here, credited under pen name Esther Dale), who went on to a distinguished career as screenwriter and director.