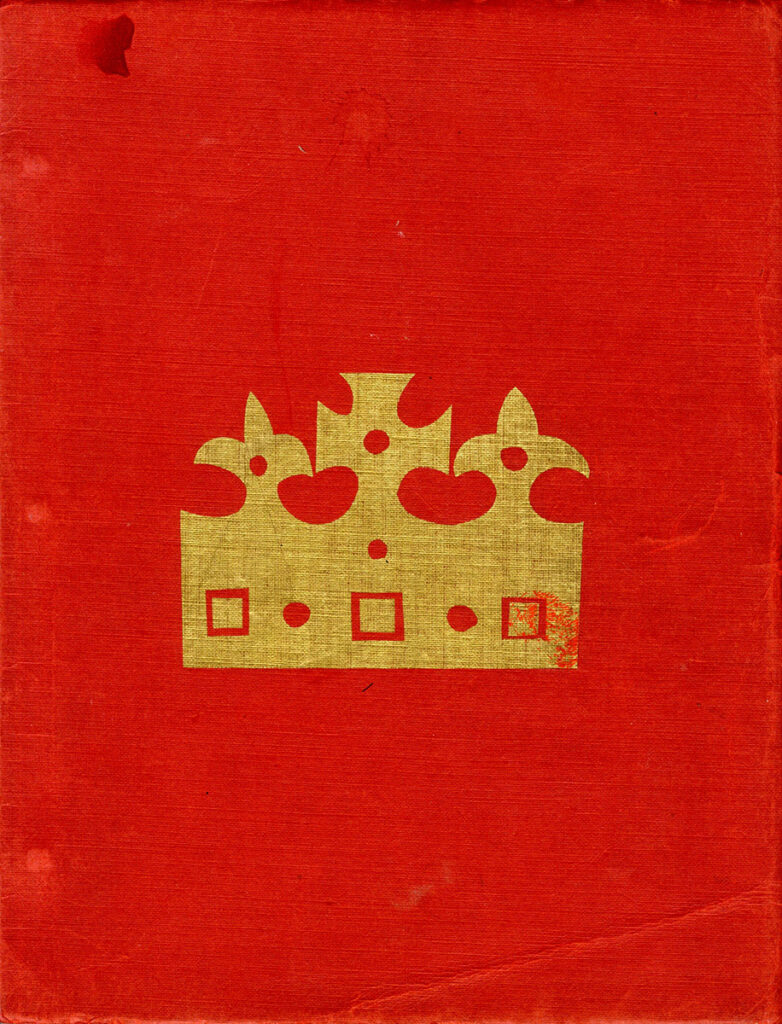 TRAGEDY OF MACBETH, THE (1971) Screenplay by Roman Polanski and Kenneth Tynan

Roman Polanski (director), William Shakespeare (source) London: Caliban Films, [1971]. Vintage original film script, pictorial stiff wrappers, brad bound, 11 1/4 x 8 3/4″ (29 x 22 cm.), 120 pp., front wrapper slightly rubbed, overall just about fine, with many pages of undated revisions on pink paper. This script belonged to Ted Gilling, who did uncredited publicity work on the film. It has a number of annotations in ink, primarily about where specific scenes were to be shot.

THE TRAGEDY OF MACBETH (1971) was the sixth feature film directed by Polish-born filmmaker Roman Polanski, falling between two of his most acclaimed works, ROSEMARY’S BABY (1968) and CHINATOWN (1974). It was the first film made by Polanski after the horrifying murder of his wife Sharon Tate and their unborn child by the Manson family in 1969, and numerous commentators have seen Polanski’s MACBETH as a reflection of that tragic event, in particular the grisly murder of Lady MacDuff and her children as depicted therein. Polanski’s collaborator on the screenplay, Kenneth Tynan (1927-1980), was a well-known, occasionally controversial, English theater critic and writer who had served as literary manager of the British National Theater Company under Sir Laurence Olivier.

Polanski’s MACBETH is not only one of the most faithful screen adaptations of the play in its usage of Shakespeare’s language (the film runs 140 minutes), but also among the most visually impressive, its visuals imagined and described in vivid detail in the Polanski/Tynan screenplay. The screenplay has almost as much visual and audio .description as it does dialogue, starting with the opening shot:

“A grey, desolate, muddy seashore, with heavy clouds hanging over it. In the distance, three ragged female figures squat in a circle. Near them is a decrepit little two-wheeled cart with a few bundles on it. A sighing wind ruffles their hair and rags.”

This screenplay — which is essentially a shooting script — doesn’t significantly depart from Shakespeare’s play, but it does add to it. Events, like Macbeth’s killing of King Duncan, which occur off-stage in the play, occur on-screen in the Polanski/Tynan screenplay. In the play, we hear about Macbeth’s inability to sleep (“Methought I heard a voice cry, Sleep no more!”), but in the movie, as written by Polanski and Tynan, we get to see one of the dreams that keep him awake, a nightmare involving the boy Fleance, the son of the murdered Banquo:

“FLEANCE climbs on the bed and kneels on MACBETH’s chest. He places the crown on his own head. BANQUO is sitting beside FLEANCE on the bed, laughing happily, but soundlessly. FLEANCE is now wearing light armour. He reaches back over his shoulder and pulls an arrow out of a quiver. With its golden tip he pulls the coverlet off MACBETH’s naked chest . . . .”

Not surprisingly, insofar as this is a Playboy Production (Executive Producer – Hugh Hefner), there is ample female nudity in the screenplay. Lady Macbeth delivers her “Out, damned spot” monologue in the nude. In the film’s most impressive set piece, Macbeth attends a witches’ Sabbath where “twenty naked OLD WOMEN are waiting for him.” They offer MacBeth a potion to drink, leading to some spectacular hallucinations:

“BANQUO holds up a mirror towards MACBETH. It reflects a sumptuous chamber with another throne, on which sits another BANQUO, also crowned. We pass through the mirror into the chamber, moving rapidly towards the second BANQUO, who holds up another mirror. Passing through this, we see another BANQUO holding another mirror. This is repeated several times with increasing speed.”

Like most of the Polanski/Tynan “additions”, this hallucination is faithful to the spirit of Shakespeare’s text, illustrating Macbeth’s comment, “What, will the line stretch out to the crack of doom?”

The play ends with the death of Macbeth and the crowning of his successor, King Malcolm. To which the screenplay adds a wordless coda — Malcolm’s younger brother Donalbane riding a horse to the lair of the witches, implying the cycle is about to begin all over again.

In short, the Polanski/Tynan screenplay is a fundamentally faithful but extremely cinematic adaptation of what is probably Shakespeare’s most cinematic play.