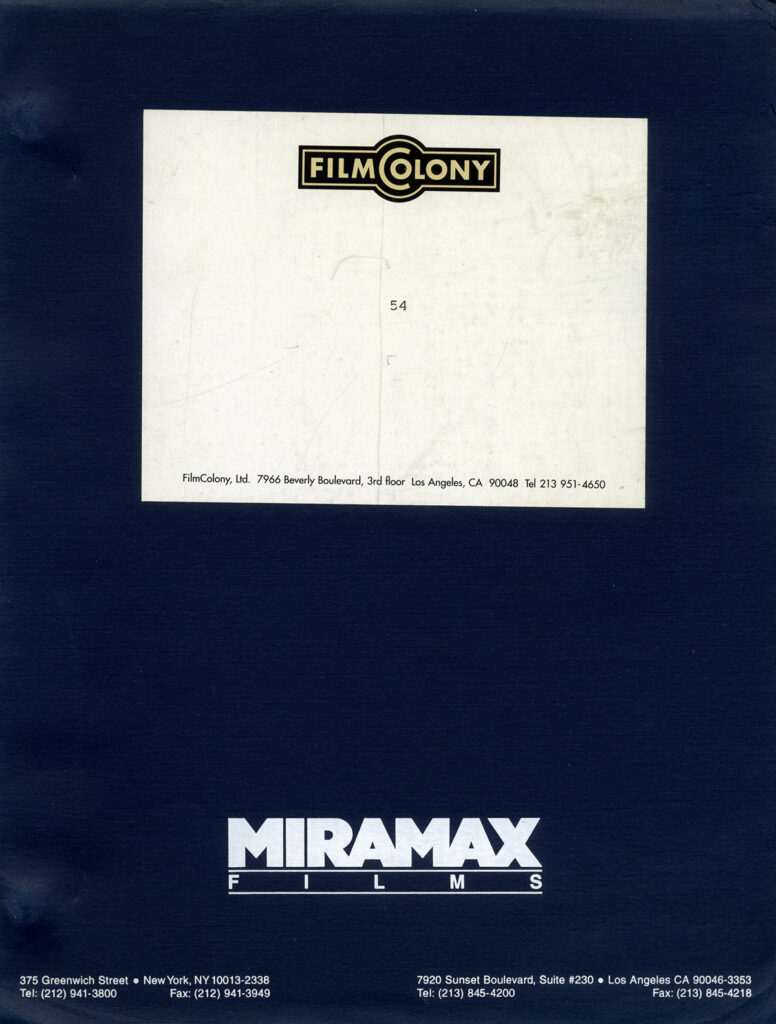 Writer/director Mark Christopher’s film about New York’s legendary Studio 54, and the wild excesses of its gay co-owner Mark Rubell.  There was extensive studio interference with this film. Prior to its 1998 release, the film was extensively reshot and recut. Many gay elements in the director’s original cut were removed or toned down. Eventually, a director’s cut of the film became available.

This script allows one to clearly read what Christopher’s original intentions were.