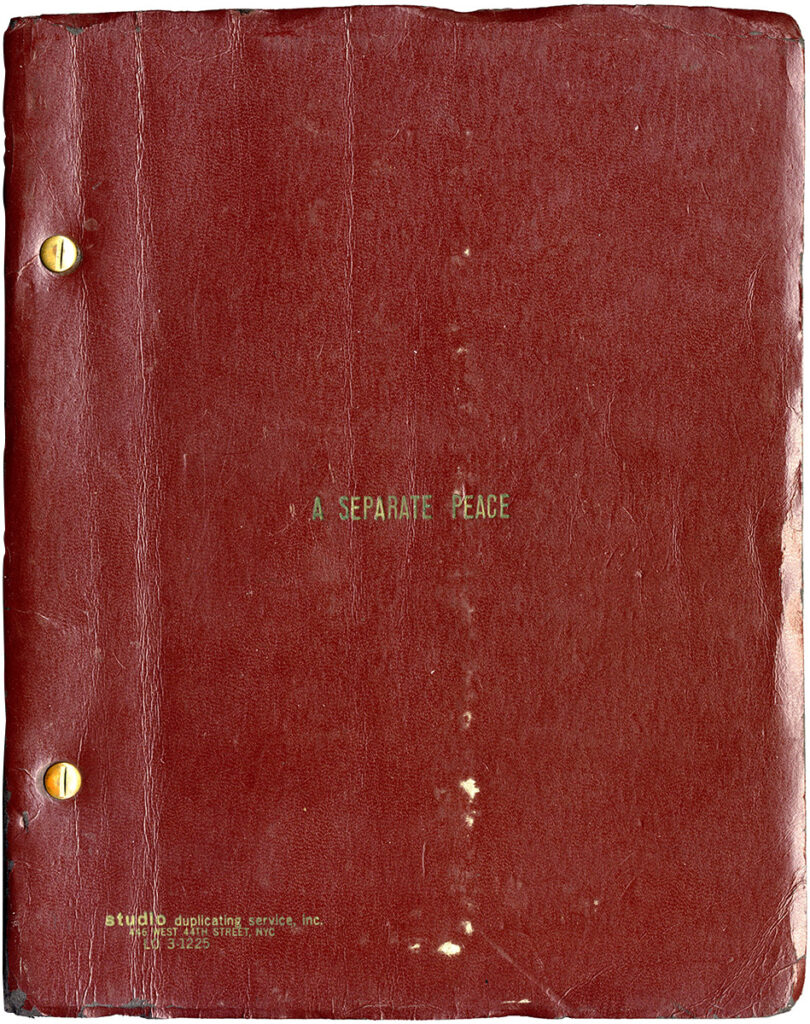 This script belonged to sound editor Larry Yost, whose name is written on the title page. One page has a few MS notes in his hand.

Adapted from John Knowles’ classic coming-of-age novel, this is a film about two roommates at a New England prep school during World War II who have to come to grips with jealousy, betrayal and the inevitability of their looming participation in the war.