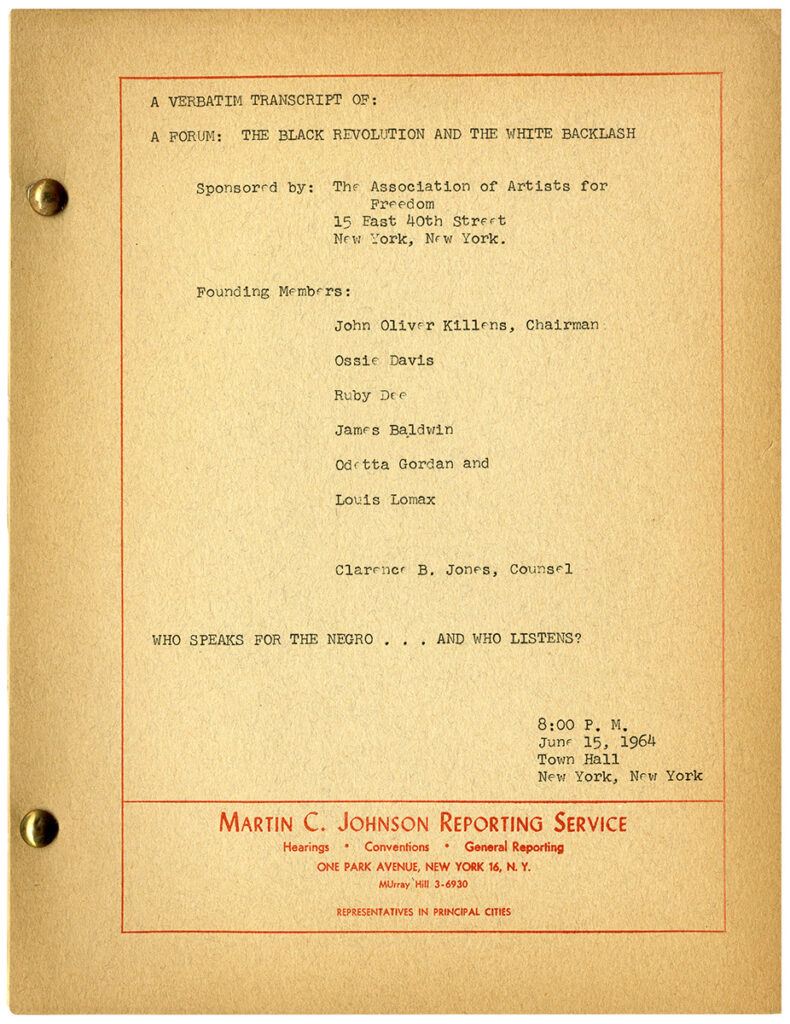 A VERBATIM TRANSCRIPT OF A FORUM: “THE BLACK REVOLUTION AND THE WHITE BACKLASH – WHO SPEAKS FOR THE NEGRO… AND WHO LISTENS?” (Jun 15, 1964)

Lorraine Hansberry, Leroi Jones, et al. New York: The Association of Artists for Freedom, 1964. Offset. Bound with round-head fasteners in wraps. 11 x 8.5″ (28 x 21 cm.), 93 pp. Some of the final pages are creased in the top right blank margin, a small blank piece of the back wrapper is torn off, near fine.

A verbatim transcript of a 1964 forum on the topic “The Black Revolution and the White Backlash”. The explosive forum featured Lorraine Hansberry (less than 6 months before her death), LeRoi Jones (Amiri Baraka), Ossie Davis, David Susskind, Ruby Dee, John Killens, Paulie Marshall, Charles E. Silberman and James Weschsler. The transcript captures the Black Freedom Struggle at a point when more radical critiques of American racism and segregation and militant strategies to achieve black liberation were quickly gaining support. The forum was sponsored by The Association of Artists for Freedom, a coalition of well-known black writers and performers, including James Baldwin, Ossie Davis and Louis Lomax.