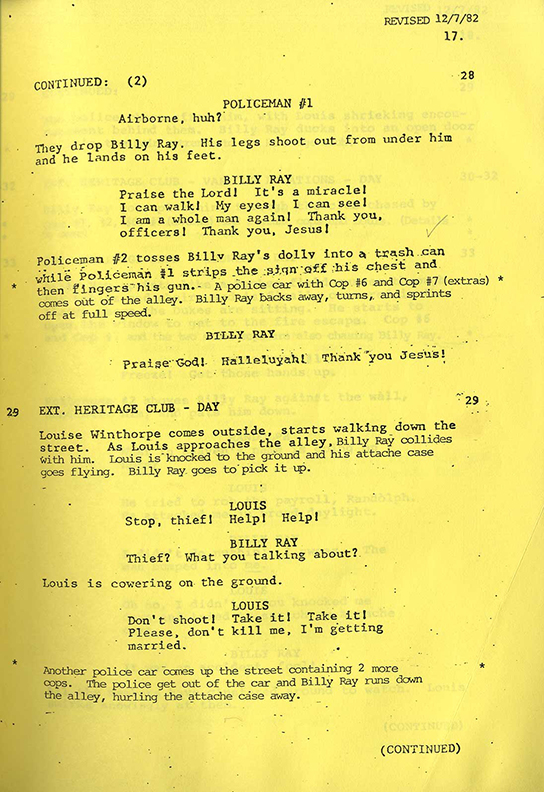 (African American cinema) [Los Angeles]: [1982]  Quarto, plain wrappers, brad bound, 129 pp.  This script was not bound with a title page.  It does have numerous pages of revisions on a variety of different colors of paper, with dates running up through 12/28/82. Near fine.

Eddie Murphy’s second feature film, directed by John Landis from a script by Timothy Harris and Herschel Weingrod. It tells the story of an upper-class commodities broker (Dan Aykroyd) and a homeless street hustler (Murphy) whose lives cross paths when they are unknowingly made part of an elaborate bet between two wealthy elderly brothers who engineer a reversal of fortune in the lives of the two young men. The film was widely praised at the time, and has been the subject of scholarly study in more recent times.