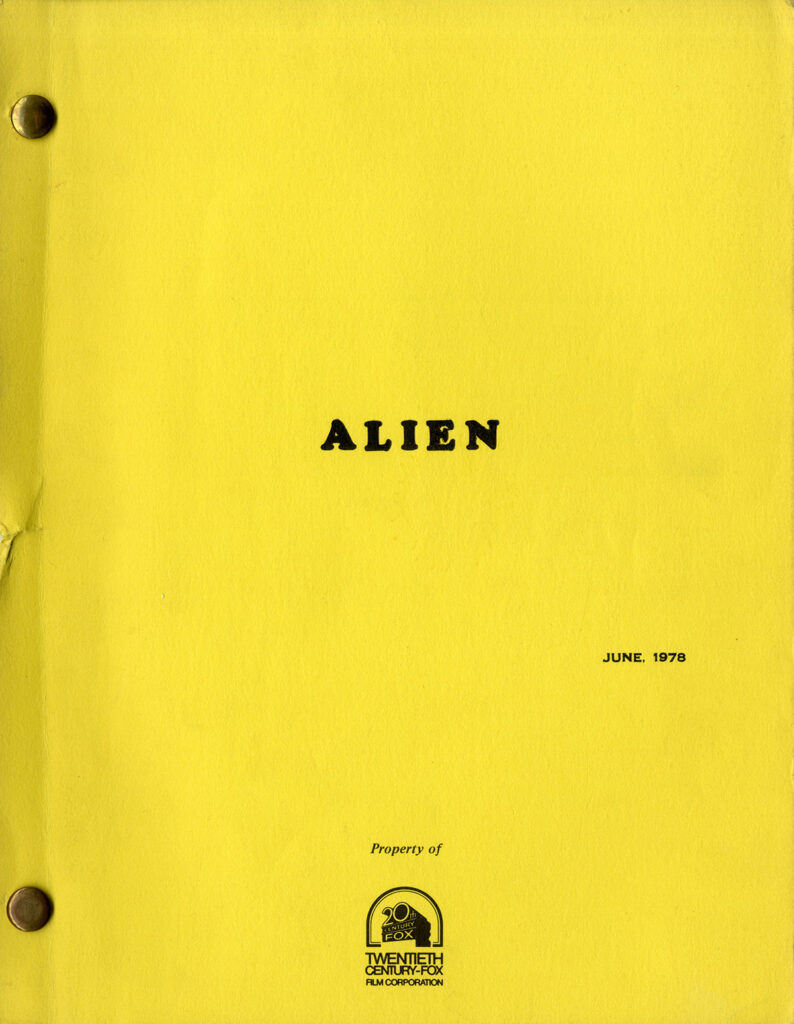 Ten pages shorter than the previous 5/78 draft. Shots are broken down even further than in the prior draft, e.g., shot nos. 2-A, 2-B, 2-C. (Thankfully, the shot numbering makes it easier to compare these drafts.)

The reason for the crew’s initial landing on the alien planetoid has been changed from a prior draft, where it was because “we’re losing nitrogen.” In this draft, it’s because another ship reportedly crashed on the planetoid.

Can we land on it?

The other ship did.

That’s what I mean.

This draft includes some new business with Ash the android finding a fossilized alien skeleton on his video scan of the planetoid, which he conceals from the others (thus letting the viewer know earlier than in prior drafts that Ash is working against the interests of the human crew).

Hands begin to open it with a laser cutter.

A scene in a prior draft, immediately preceding the chestburster scene, in which the crew talk about the difficulties of plotting a course home has been omitted. The scene in which Captain Dallas encounters the Alien in an airshaft is described in more elaborate detail. Likewise, more time is given over to Ripley’s last search for Jones the cat… “Here kitty.”