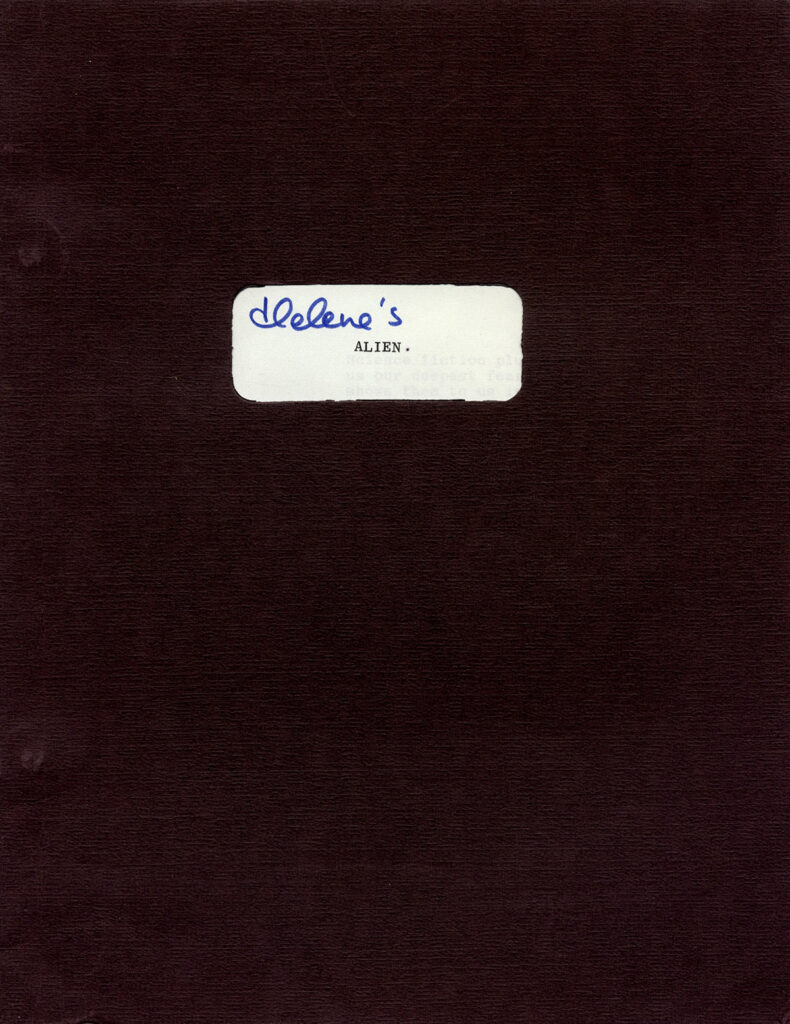 ALIEN (May 1978) Revised Draft by Walter Hill and David Giler

This script is fifteen pages longer than the earlier 2/78 draft. Unlike that preceding draft, its shots are numbered. The sequence in which the crew lands on and explores the planetoid — where they eventually discover the derelict spaceship and alien eggs — is considerably more elaborate than in the prior draft. There’s more bickering and complaining from the crew. Creature effects are described in more detail.

This is the first draft to contain the scene where Brett is apparently killed by the Alien while alone looking for Jones the cat (A scene deleted from the 1979 release but included in these drafts and the later Director’s Cut indicates that he and Dallas were, in fact, cocooned by the Alien for later consumption).

The conflict between Ripley and Science Officer Ash (who is, unbeknownst to the crew, an android) has been sharpened:

You mean to tell me all our technology is powerless against a god-damn beast?

When Ripley and the remaining crew realize that Ash is a robot working for “the Company” against their interests, there is a violent fight that ends with Ash incapacitated and beheaded. As in the prior draft, the crew reactivates Ash’s detached head to ask for advice, but in this draft there is more sardonic humor in his warnings and taunts:

If you can keep your head when all about you are losing theirs, then you are a man my son.