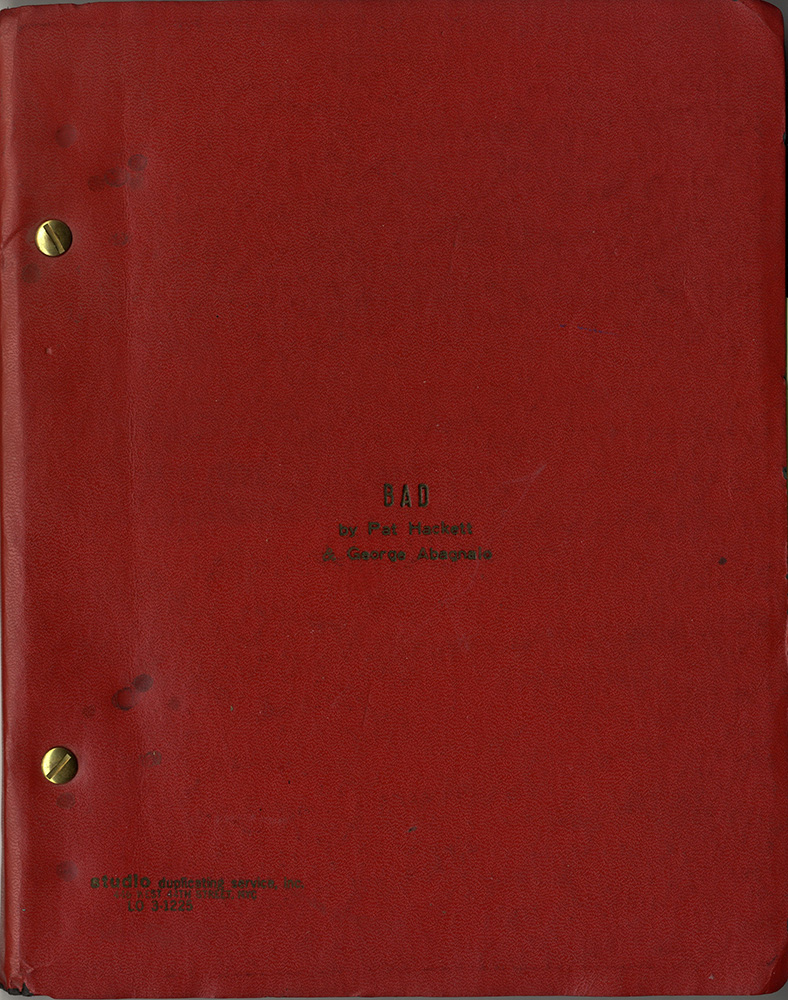 The final film produced by Andy Warhol before his death in 1987, created with a budget over three times as large as any of his other films, and arguably his most shocking. BAD is a black comedy of numerous vignettes, focusing on character studies of powerful, morally questionable women.

This film is sometimes overlooked in the Warhol film canon because it is the one later work directed not by Paul Morrissey, but by Jed Johnson. Actually, with Carol Baker as a cosmetologist who runs a murder-for-hire business (with ruthless women her assassins) as a side line, this is one of Warhol’s nastiest and most extreme movies. Pat Hackett is best remembered as the editor of The Andy Warhol Diaries.

OCLC shows one copy of the third draft (AMPAS), one of the fifth draft (Whitney Museum), and none of this 4th draft.